Tower Groove got off the ground in the middle of this past year with a one hell of a coming out party that was as much magic as it was mayhem. The carnival and concert at Off Broadway included games, carnival food and performances from roughly a dozen and half local bands and musicians. They expect to pull off their second major feat in early 2012: the release of a double LP featuring original recordings by 21 local artists.

Where it goes from there is anyone's guess. In interviews and conversations, members of the group are as vague as they are ambitious. They want to provide "people power," to "pool resources" and "help facilitate" the release of records. Exactly how they will reach their goals seems to be something they're content to figure out along the way. They may not be the first group of musicians to have such ambitions of collective promotion and development, but with so many veteran members of the St. Louis music scene on board they're the most likely to succeed at this particular place and time. We're certainly rooting for them.

What we gained: At minimum, a double-LP that will serve as a wide-ranging document of the local scene. At maximum, a group that will help sustain and grow the quality of music coming out of our city. --Chris Bay

Brawl and Shooting at Webbie Concert

East St. Louis went viral for all the wrong reasons this year, after a brawl at Blackmon's Plaza during a Webbie concert ended with police officers from several districts being called in -- and a security officer being hospitalized for a gunshot wound to the hand. Multiple videos were soon posted all over the Web, recounting every pistol-whipping, chair-flinging, body-slamming detail of the incident. The story was picked up by several national blog sites like HipHopDX and ThisIs50.com, and received over 100,000 views on YouTube.

What We Lost: Fortunately, no lives were lost in the scuffle. What this (and other fight videos from the area) managed to accomplish was to bolster the perception of St. Louis' reputation as one of the most dangerous cities in the U.S. 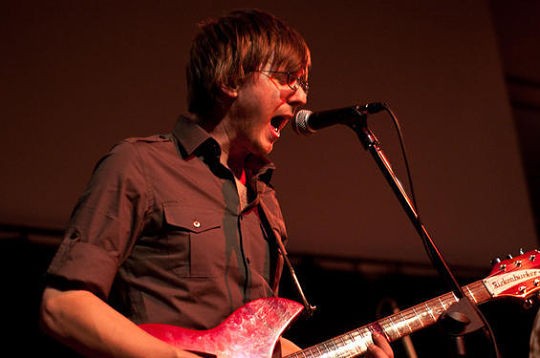 Griffin Kay Leaves So Many Dynamos

Boulder, Colorado has no idea how lucky it is. Griffin Kay, beloved guitarist of So Many Dynamos and sweet dude lifetime achievement award nominee relocated to almost-Denver with his newly wedded wife Nicole this August. Apparently unable to fit an entire rock band and gear in his suitcase, Kay left the group. But he did so with style, overpowering the bitterness of his exit with one sweet farewell show at Cicero's in late July and a live studio session at KDHX. To date, this radio recording is the best document of the Dynamos' new direction, a kinetic punky funk enabled in no small part by the energy and versatility of one Griffin Kay.

What We Lost: A Rickenbacker strumming, delay pedal loving, three quarter sleeve baseball t-shirt wearing, Yes record collecting, true believer in the power of rock and roll who, believe it or not, has an alter-ego named Burnt Nasty with an uncanny ability to freestyle rap.

What We Gained: Travis Lewis, a stellar guitarist obsessed with Bill Frisell, Mastodon, Aphex Twin, and Philip Glass who moved back to St. Louis after a six year stint in Japan - just in time to take Griffin's spot on stage right. --Ryan Wasoba*

*Ed: Wasoba was a member of So Many Dynamos until 2009