All RFT Music wants for Christmas is little Phaseone, and since we buy our weed from Santa Claus in the off-season, he hooked it up. St. Louis ex-pat Andrew Jernigan is leaving Brooklyn behind for the holidays and playing Christmas eve at Atomic Cowboy (4140 Manchester Avenue, 314-775-0775) with a based crew: Billy Brown, Matt Leach and DJ EJ. In keeping with the Crimbus spirit, the show is free, but 21 and up.

The producer has been busy since we last saw him; His "Sugar" video -- directed by former St. Louisians Ryan Powell and Vadim Gershman -- beat out M83, Com Truise and John Maus and was named XLR8's number two video of the year. He's been laying down tracks for his upcoming album on Williams Street, and we caught up with him via email to get an update. He won't tell us about the collab with Freddie Gibbs, but he does drop a hint or two about the new record.

Diana Benanti: What do you miss most about our fair city?

Phaseone: Dude, when I left, I had totally had enough. It was like, "peace, bitches." But I miss Saint Louis so much right now. I've never lived anywhere else. It really is my heart. I miss just driving around in the rain when you have a day off, going to Record Exchange, eating a burrito somewhere. Not being in a hurry. But I love living in New York. You don't miss anything. It's like living on the edge of the world. I don't want to leave any time soon. I definitely don't miss the terrible people in Saint Louis. Total strangers who just talk crazy around you and say hateful shit that they assume you agree with.

How have your shows gone over there?

They were cool. I haven't been doing many because I've really been trying to keep working on music. 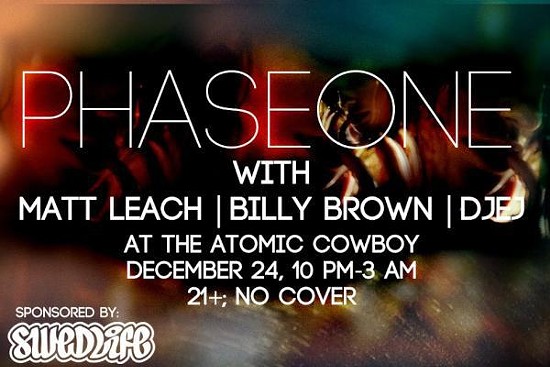