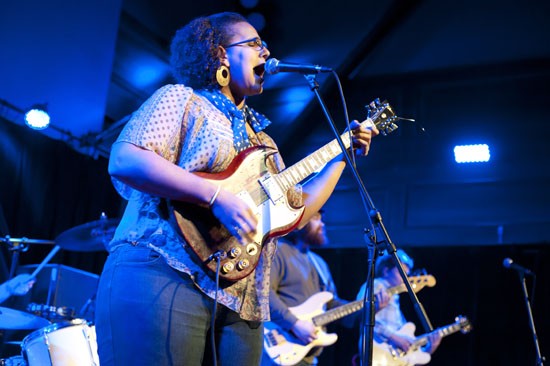 Hot damn. Alabama Shakes owned the Old Rock House last night with an outstanding performance lead by singer and guitarist Brittany Howard, whose mighty energy at the end of the first song claimed two guitar strings (they broke) -- and earned her a transfixed audience.

We were hooked. Howard and her band mates plunged into a fourteen-song set after a brief greeting (although the band's Facebook page lists three other members: Heath Fogg, Zac Cockrell and Steve Johnson, there was a fifth on stage last night--Ben Tanner on the keyboard). The music: start with a little soul, add rock and sprinkle in some blues. Shake accordingly. These elements came together beautifully, delivered right on point by Alabama Shakes.

Howard's howls and wails can compete with any other rock goddess around. Her vocal range is impressive and she's absolutely captivating --bewitching, really. The way Howard sings, those songs still feel fresh and close to home. And they very well may be, considering the band is still relatively new (the band's four song EP dropped in September). The way she moves and sweats, truly performing for her audience, is commendable to say the least.

After the third song, Howard addressed the noticeable invisible barrier of sorts in front of the stage.

"What, are all the cool people five feet back?" Howard asked before urging the crowd to come closer.

No one needed to be told twice. The audience gladly surged forward and grew increasingly louder in their applause throughout the night. As she and the band stepped off the stage, the crowd parted for them to pass, but not without pats on the back and appreciative smiles, all the while still applauding. You know, just some good old Midwestern hospitality.

Just before that, Alabama Shakes played their last song of the evening. 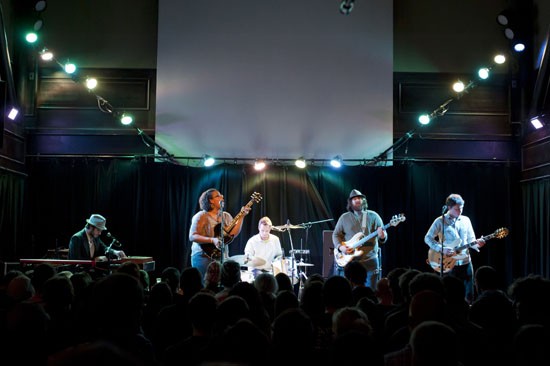