Live Holiday Music on the Metrolink this Weekend

The second Rhythm & Rails series brings Funky Butt Brass Band and the Folk School of St. Louis Syncopators aboard MetroLink cars this weekend. Last year, Pokey LaFarge & the South City Three and Rough Shop played the series (a joint venture between KDHX and MTA). On Saturday, FBBB will ride from Fairview Heights to Lambert and back, and on Sunday the Folk School group will play from Fairview Heights to Shrewsbury and back. A full schedule can be found below. 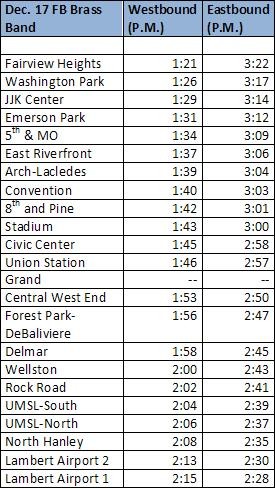