Luminary Center for the Arts Headed to Cherokee Street 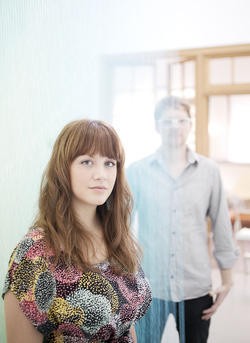 ​So many things have been heading south lately -- the temperature, the economy -- and so is the Luminary Center for the Arts. But for the four-year-old gallery, performance space and arts incubator, south is only in terms of geography, from the corner of Reber Place and Kingshighway in the Southwest Garden neighborhood to Cherokee Street. In every other way, the organization plans to expand.

The Luminary has secured an exclusive option to purchase 2700 Cherokee. The building, a former variety store, is 22,500 square feet, more than twice the size of the center's current quarters. Founder and executive director James McAnally estimates he'll need to raise $500,000, a considerable chunk of change, but McAnally and his co-founder and wife Brea have gotten a reputation in the St. Louis arts community for frequently attempting and achieving the impossible. They did, after all, persuade Of Montreal to do a Fourth of July show in the Luminary's relatively tiny performance space, and they've arranged exhibits of art borrowed from the MoMA and the Guggenheim Museum. What's 500 grand?

"We're going to make it happen," says McAnally. "We met with donors and they said that this is an ambitious for a young organization, but they think we're going to do it."

The center has already received seed money from a private donor, and the McAnallys have been in talks for several months with various foundations and potential corporate sponsors. The Luminary also be accepting donations from those with more shallow pockets via a Kickstarter account; the link is on the center's website.

The decision to move to Cherokee Street was a no-brainer, says McAnally. "There are so many artists and musicians who live there and spend there time there," he says. "We're going where the people already are."

The new Luminary will be on the same block as 2720 Cherokee and just around the corner from the Casa Loma Ballroom, but McAnally isn't worried that either space will provide competition. "2720 is event-based," he explains. "We've gained some reputation off of that, but we really want to be a resource for artists and give them what they need to work and thrive here." Ideally, the Luminary will become more like the Bemis Center for Contemporary Art in Omaha, which provides studio space and sponsors a residency program for visiting artists.

The Luminary plans to establish its own residency program for international artists. It's hosted artists in the past, but the McAnallys have worried about where to house them. The current building doesn't have living space, and the spaces allotted for studios are ridiculously small, only 90 square feet. (The building is a former convent and the studios used to be nuns' cells.)

"If people are coming halfway around the world, we should provide more studio space than 90 square feet," says McAnally.

Consequently, the top floor of the new building will be comprised of efficiency apartments and studio space for the visitors. The main floor will be gallery and performance spaces -- separate instead of intermingled as they are currently, so the Luminary can host more ambitious art installations. In the basement, the McAnallys plan to install a wood shop, a metal shop, audio/visual equipment and classrooms, an expansion of the current "artist's equipment library," which they call AV.

"If we're going to be an incubator for the arts, we have to provide practical resources," says McAnally. "We have such a great museum and arts education culture here in St. Louis. What's missing is support for the artists who want to stay here and attracting more to move here."

The Luminary from Anastasis Films on Vimeo.