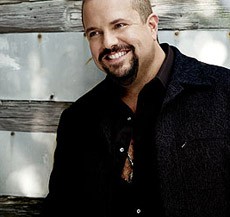 When Raul Malo rattles off singers like Frank Sinatra, Pavarotti, Elvis, Andrea Bocelli, Hank Williams and Celia Cruz, he's not name dropping and he's not blowing smoke. The former lead singer of one of the great country bands of the '90s, the Mavericks, and current solo artist is simply one of the finest, purest, most versatile singers in American popular music. He has his influences and he really has lived up to them.

In this interview we caught up with Malo as he readies his return to St. Louis for a pre-holiday show -- it won't feature all holiday music, just a few choice selections -- at the Blueberry Hill Duck Room (6504 Delmar Boulevard, 314-727-2277) on Thursday, December 15.

Roy Kasten: Tell me about your early musical heroes.

Raul Malo: The first real musical hero that I latched on to and wanted to learn all the music by was probably Elvis. He was a gateway to so much wonderful music. He covered a lot of ground. To me it was great to discover that over the years, discover all the different connections. When I first heard "It's Now or Never" I thought that was my favorite rock & roll song ever. My mom really freaked me out when she played me the Italian version. That's how it was with Elvis. That's how I discovered Hank Williams. I really discovered him after I heard Elvis do "I'm So Lonesome I Could Cry."

Sure, I did too, but I latched on to him nonetheless. Frank Sinatra was not my contemporary but I liked him more than my contemporaries. I still do to this day. I was always drawn to that kind of music.

How did growing up in the Cuban neighborhoods of Miami shape your sense of music?

Certainly growing up in Miami had a lot to do with how music influenced me. For one, I had all the American music my parents had with them. We forget that when immigrants come to this country, they really want to assimilate. So you hear a lot of the contemporary stuff, but you have that added extra music that comes from your homeland, what your grandparents listened to. At home we went from Elvis to Pavarotti to Celia Cruz. That's just the way it was. It wasn't until I left that I realized how important geography is, how it affects us as a society. My granddad was from Spain, so there was a lot of Spanish music as well. And then reggae and ska were a big part of the scene in South Florida, so that was there as well.

I think there are different styles, but how it affects people is still the same. When you hear Pavarotti's "Nessun Dorma" you may not know what's he's saying, but you can't helped but be moved by the music, the sound. It's the same thing with Hank Williams' "I'm So Lonesome I Could Cry." That tangible quality, the ability to connect with the listener -- that's the most important part. The genre is inconsequential. As a singer, as an artist, if you're Jay-Z or Etta James, or Andrea Bocelli, you want to connect with the listener. And there are many ways to do that. There's the beautiful, majestic sound of Bocelli and there is the rough and tumble sound of Tom Waits. They are both equally wonderful to listen to.

You produced your most recent album, Sinners and Saints, in your home studio. Was that by necessity or desire?

It was both. Certainly in this day and age you have to watch every nickel and dime, when you're doing anything, but especially recording. It's easy to get out of control. But it was one of those things where I had it at my disposal, could get in at night and record. I knew the record would be a very subjective record. I usually make records in a communal sense, with a producer, engineers and other musicians. You're working with one goal in mind. But with this record, more and more, I had a lot of alone time. It just morphed into that. I'm glad I did it. You never know when you'll get to work like that again. I learned a lot about myself and about making music in the studio. It was about getting inside the songs, and not really having anyone to bounce ideas off of. I was pretty much on my own.

Your version of Rodney Crowell's masterpiece "Til I Gain Control Again" is spectacular. I wonder, when you're tackling a song that's been covered so many times, if there's a sense of friendly competition with previous versions?

I don't think it's a competition. You know, who are we kidding? Everybody who has ever recorded that song they've recorded it because it meant something to them. They didn't want to beat Emmylou's version or Willie's version. There's no beating them. They're perfect unto themselves. As an artist, you do it because it means something to you, that you can honor it and put your own sensibility into it without losing the true identity of the song.

So we should talk about holiday music, which is almost as polarizing as say the collected works of Garth Brooks.

Nothing is that polarizing!

Christmas music is really misunderstood. There's so much bad holiday music, clichéd product. But maybe it also creates opportunities. There are some fantastic melodies in the standards.

You know, honestly, I think more than anything there's so much cynicism in the world, so much angst. We've forgotten, I don't mean this as a whole, but there are times when we've forgotten what the holidays are really about. It seems like as a culture we're always in a hurry, always on the go. We don't sit around and drink tea and listen to music and talk and hang up mistletoe. Trees come with lights on them already because people don't have time to put the lights on. So I wanted to make a record that would take us back to a time when it seemed like there was more time. I'm as guilty of romanticizing the past as anyone. But we are always in a hurry. My holiday record was meant for people who are having a Christmas party, a look back to a sillier time, maybe. It's just a good getaway.

You recorded a new version of "I'll Be Home for Christmas" as a video. Can you tell me the story behind that?

I was in San Antonio airport a few months ago. San Antonio houses a lot of troops, and the airport is always filled with troops, especially now that they're finally coming home. They're all messing with each other and they're glad to be home. You can tell that. And so many of them are so young, just kids. On the TV screen was one of our beloved GOP candidates talking about how our troops coming home were an embarrassment and a failure to the United States and this administration. What was amazing is that it was closed captioned. The television was on mute but her words were right there. There was a group of young soldiers looking up at the TV screen. I couldn't imagine what they were thinking. I was just beside myself.

So I called a friend of mine and he made some calls, and we decided to make a video for "I'll Be Home for Christmas." That song was originally written for the troops coming home for Christmas during World War II. My version was partly a reaction to a really stupid, insensitive and ridiculous statement. This person is running for commander-in-chief. Personally speaking, I think those words should disqualify her. But we really did the video for the troops, as a thank you, to say that a lot of people care and we're glad they're coming home.

Can you tell me about the plans for the Mavericks reunion?

We're gonna go out and tour next year, and it looks like we're going to make a record at the end of January. Yeah. Here we go.

Was there anything that inspired it?

Honestly, it's just a number of things that gathered strength recently. One thing led to another, and before you know it we were all roped in. I honestly never thought this would happen. I thought, if we come back I want it to be right, if we can play the shows we want and make a record with a label that will support us. And then all these things were a reality. I'm excited. We get to do it right, we get to do it our way. That's the most exciting part.