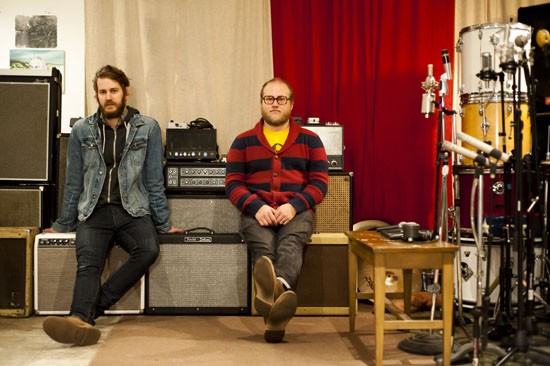 There comes a time when growth for some musicians means giving back to the community. For David Beeman, Kit Hamon and John Joern -- bandmates in Old Lights -- this means helping their fellow St. Louis musicians find a recording haven in the form of Native Sound.

Native Sound is a cozy recording studio run by Beeman, Hamon and Joern. When they're not renting it out to musicians, Hamon's wife Beth Bombara (also a member of the band) and Beeman's girlfriend Kristin Dennis use the space for their screen printing (Native Prints).

"There are a lot of studios bands can go into and record and self-produce, but not a lot of people investing in the band and trying to help the band grow as musicians and as groups," says Hamon.

The studio, dimly lit with scattered candles and a few light bulbs, has a wide range of instruments -- from classic microphones to a grand piano. The atmosphere is warm and welcoming.

"We've both been in bands for ten, fifteen years. We have a bunch of stuff and we finally decided to pool it all and make something more than some of its parts," says Hamon.

And folks are beginning to notice. Since opening three months ago, bands from near (Cartwheel, Kentucky Knife Fight and Pretty Little Empire, just to name a few) and far (the Harmed Brothers from Oregon) are choosing to utilize the space. And a variety of other projects have already come through Native Sound, ranging from commercials to film.

"We have a serious interest in not only engineering records but producing records here in town," says Beeman. "Which, as far as rock and roll and indie rock, there's not a lot of people doing that -- as far as we know."

The guys gave us a tour of the studio and the space above it (which, although not technically part of the studio, can be an option for bands looking for a bigger sound). It costs $250 a day but the price is negotiable if a band chooses to record for more than a day or their entire record. A full list of the studio's equipment can be found on the next page or on the Native Sound's Facebook page. 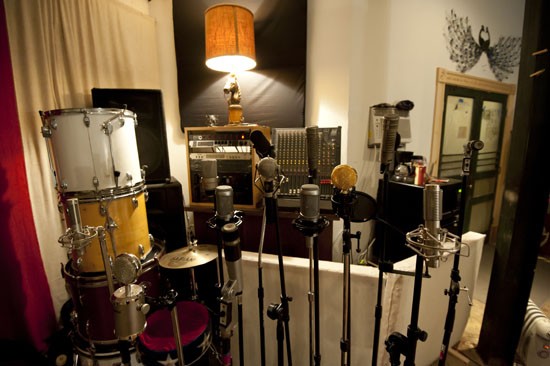 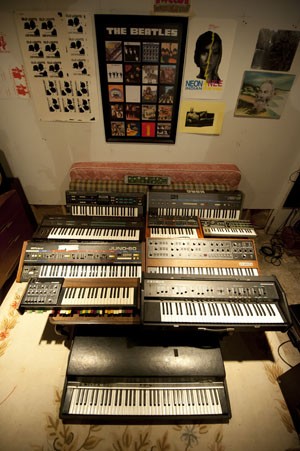