Seriously, Get Downtown: The Party's Now at Smash Bar 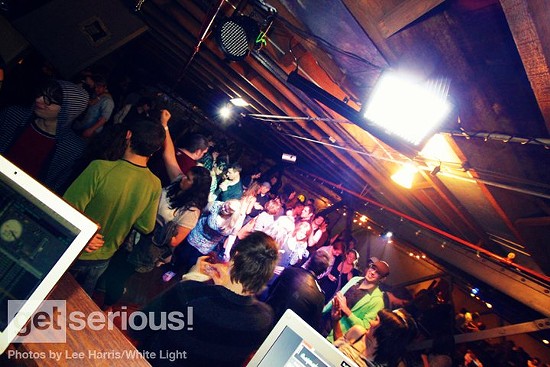 Get Serious DJ Corey "COR(E)YOGRAPHY" McCarthy has announced that he is moving his popular event from its current home in the Grove's Atomic Cowboy to a newly re-launched club and performance space at Smash Bar (1405 Washington Avenue).

"I was in the Grove for eight months and I enjoyed being at Atomic," McCarthy says. "It was very nice because it was centrally located, and the Grove is a great area. This [new] offer was one of those things that was too good to be true."

McCarthy says the next Get Serious will take place at 10 p.m. on December 16 or December 17 (he says he is still confirming the date) during the club's soft opening event. The kickoff party is free to anyone who wishes to attend. The move returns the popular event back downtown, where McCarthy began it at the Stable Loft.

Smash Bar, formerly known as the Sugar Lounge, reopened briefly on Halloween. The club has a front bar, a back club space with several bars and VIP rooms.

McCarthy began as a vinyl DJ at The Royale in 2008. He's the former founding member of the DJ group Propaganda. A promotional video from a previous Get Serious party, to give you some idea: