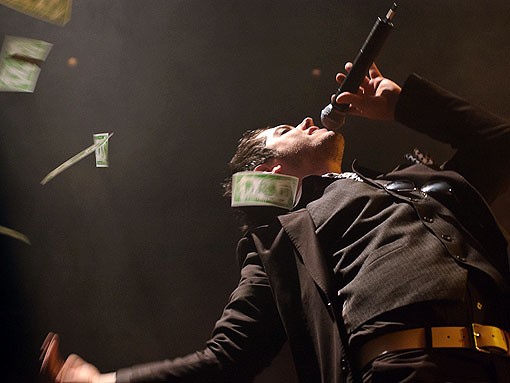 Update, 12/5: The show on Wednesday, December 21st is now sold out -- the only one of the six shows with any tickets remaining is the newly added Christmas night show.

Stand in the way of El Monstero at your own risk. The Pink Floyd extravaganza has grown too big for its five-nights-at--the-Pageant (6161 Delmar Boulevard, 314-726-6161) britches and added a sixth show. The new one's on Christmas night: Sunday, December 25th. Tickets are $25 in advance or $30 day of show for general admission and $35 for the balcony. They go on sale this Friday.

Four of the six dates are already sold out -- at this point you can only get tickets for Wednesday, the 21st or the newly-added show.