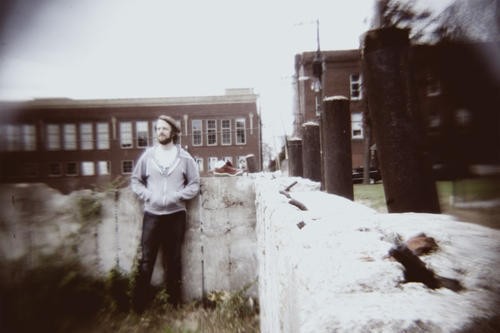 In this week's feature, Ryan Wasoba tells the story of Mikey Wehling's tumultuous year. A key member of the now-defunct Messy Jiverson, Wehling found meaning and solace through hard times in a four track and a kitchen sink of musical ideas. The resulting trilogy of Reverb tapes, over a decade in the making, makes its proper debut tonight. The release show at the Heavy Anchor (5226 Gravois Avenue, 314-352-5226) starts at 9 p.m. and also features Ou Où (toting its new album) and Eric Hall.

Wehling's Reverb trilogy is loosely based around a retro sci-fi theme involving space, artistic harvesting and isolation. You'll just have to listen to it -- start with the climactic installment Forests of Reverb and read an excerpt from the feature below.

Mikey Wehling's crises can be heard in the bipolarity of Forests of Reverb's nine tracks. Opener "From Root to Fruit" comes off like a Daft Punk song reimagined as a cell-phone ringtone. Shades of Nick Drake's introspective folk inform "Darkest Time of Day," and the gorgeously layered "Barn Owl Bucolic" would not feel out of place on Sufjan Stevens' Michigan album. Somehow it all works together as a portal into Wehling's life as a musician and music lover.

"In Forests, there's hope for the future and positivity, but there's also this darkness and distance. I've always enjoyed records that go different places but stay under one envelope," Wehling says before nerding out over Led Zeppelin III.

"For me, it's like forcing my listener to come into my world. People listen to music on shuffle like 90 percent of the time, so weird shit always comes up when you don't expect it anyway. I think those juxtapositions come across in a lot of this music."