Was the Grateful Dead an Indie Rock Godfather? Side by Side Evidence 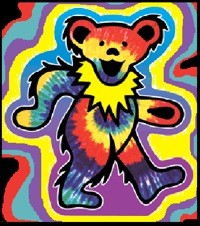 The most recent incarnation of the Grateful Dead experience, Furthur, makes a stop at the Fox Theater this Sunday. The Dead has a cultural and musical legacy which extends well beyond the obvious boundaries of the Jam Band genre and its free-spirited community. Jam bands are typically viewed as musical islands in the popular music world. While their frequent covers of popular artists tip the hat to other musicians, direct stylistic influence on the jam sound is much rarer (or at least less obvious). Conversely, hipsters and too-cool indie kids often posture in a way that acknowledges influence from no one other than themselves.

But the lines between the two are blurred, as evidenced by a recent spate of Grateful Dead covers executed by indie bands. On recent releases the Decemberists covered "Row Jimmy," and Built to Spill covered "Ripple," while the National's Scott Devendorf is curating a full-fledged Grateful Dead tribute album.

In appreciation of the Dead's musical legacy, we present songs by six contemporary bands alongside Grateful Dead compositions that they recall sonically. Whether the influence is direct or via shared ancestry, these songs demonstrate that the tastes of hipsters and hippies are more similar than they are willing to acknowledge.

In response to Blitzen Trapper's most recent LP, American Goldwing, fellow RFT scribe Roy Kasten said that the band "should just do a Grateful Dead tribute album and get it over with." After listening to "Love the Way You Walk Away," a summery ode to that girl that you just can't resist, you'll see exactly what he meant. And it even contains a reference to the Dead's "Brokedown Palace."

Blitzen Trapper - "Love the Way You Walk Away"

Ryan Adams' sixth studio album, Cold Roses, (his first with backing band the Cardinals) has the Dead's influence all over it. Of all of the album's songs, it's probably easiest to imagine Jerry Garcia singing "Magnolia Mountain," which has the same relaxed, resting-place-for-the-weary feel as "Brokedown Palace." Furthur performed the song at last year's St. Louis appearance and has played it live as recently as this past July. It should also be noted that after releasing Cold Roses Adams befriended Grateful Dead and Further bassist Phil Lesh and went on to perform several times with Lesh's band, Phil Lesh and Friends, in 2006.

Appearing on Megafaun's 2011 self-titled LP, "Real Slow" is a lilting tune with a simple and repetitive guitar melody that's reminiscent of "Wharf Rat."

Grateful Dead - "Wharf Rat" Bob Dylan's 1987 tour with the Dead found the band reigning in the improvisations and focusing on complementing and embellishing Dylan's nuanced compositions. Vetiver's placid folk ballads evoke nothing for me if not the album Dylan and the Dead. While "Queen Jane Approximately" isn't actually a Grateful Dead song, the band gives it an original twist and Dylan's participation makes it far more than cover.

"New Minglewood Blues" was a staple of the Dead's performances, and it finds a modern companion in "Six Fast Bullets" by These United States, a band that's every bit the road warriors that the Dead was.

White Denim is a young but quickly rising experimental rock band from Austin, Texas. Their track "At the Farm" evokes the Dead's "The Eleven" with its fevered, swirling, bass-heavy jamming.

White Denim - "At the Farm"

Have any others examples of Grateful Dead-pollinated music? We'd love to hear them in the comments.