The Coolest Photos of Chuck Berry and Tina Turner, Plus Bob Gruen on St. Louis

In this week's feature, Jamie Lees talks to legendary rock photographer Bob Gruen about what motivates him, how he finds his shots and what matters about music. He's in town this week as part of the St. Louis Jewish Book Festival, and he had some thoughts on St. Louis to share with Lees as well. He's also graciously agreed to let us publish these two photos of hometown hero Chuck Berry and one of our finest adopted musical daughters, Tina Turner. Lees' questions, his words and the other photo follow.

Jamie Lees: So, which do you prefer? Posed shots or live shots?

Bob Gruen: Well, it depends on the person. I don't really have a preference for that, I'm very spontaneous, in that even when I do a studio session, I don't really plan ahead. I don't spend weeks getting a stylist and trying to figure out outfits and just how the band will pose. I don't build sets or anything like that. Except on the rare occasion that somebody might as for a certain type of thing. But usually I just take pictures in my studio. Or I go for a walk around the neighborhood. I've been walking around this neighborhood for 35, 40 years and never taken the same picture twice. Just every day with every group, you just say "stand over here" or "stand over there." Every day the lighting is different. The neighborhood itself has actually changed, um, sometimes there's graffiti sometimes there's not. [laughs] And so I'm pretty spontaneous. I just take whoever I'm working with and I just find a space in whatever area we're in. It could be a dressing room, it could be a hallway, it could be a field or an airport- wherever we are. Just find some interesting, non-distracting background and take some pictures of them.

Well, thank you so much for talking to me.

My pleasure. You should introduce yourself at my talk and say hello.

I'll be there for sure. I'm so glad to have you here!

I look forward to coming out there to St. Louis. I actually went to school for a year in Carbondale.

At SIU. I was there for a year, uh, basically learning how to drink. And then, uh, we came to St. Louis a couple of times. You had Old Town? Is that what it's called? There's a section of town where they had all of the night clubs and music. It was years ago and it was where Louie Jordan and Chuck Berry started out and Ike Turner, maybe that was East St. Louis?

Yeah, that would be East St. Louis or Gaslight Square.

Yeah, Gaslight Square! That's the one that I'm thinking of. We ended up going down there as college kid. And I came back one time with the Bay City Rollers, actually. And there was a band called Under My Wings*, I think, I came to St. Louis for a day to photograph them. I haven't really been there pretty much, but I've been there a few times and I've always had a good time. I was there when they were building the Arch and then I came back with the Rollers when the Arch was done.

You know, it still amazes me every time I see it.

It's quite a structure!

How does it just not fall over?

You know, if you're up there and it's a windy day, you can feel it swaying in the breeze. Have you been up there?

Naw, I've never done that. I generally see most of the world at night. I've been at some of the most amazing places at midnight. I went to the Alamo at one o'clock in the morning, because I usually get in in the afternoon, do whatever job it is, and then sightseeing happens after the show. Yeah, and then I get an early morning flight to the next place. Yeah, but I'm pretty good nowadays. I'm going to see if I can find some time to get up there. 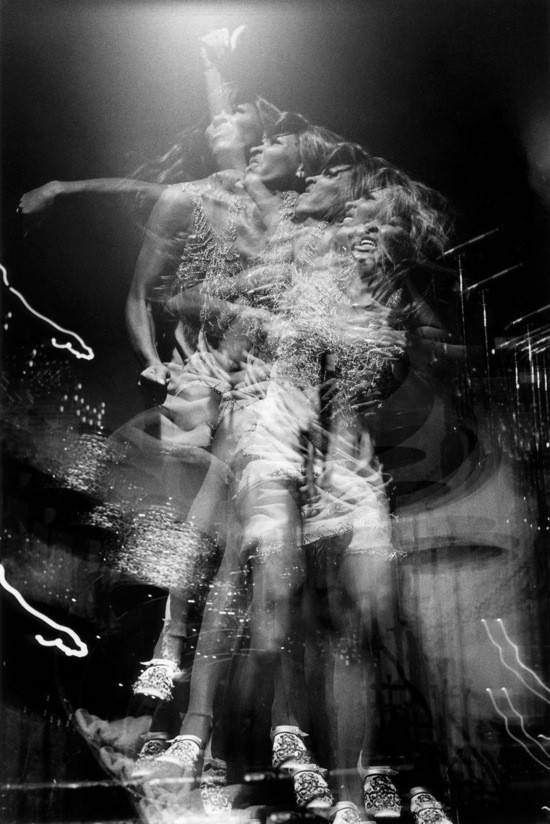 Note: The band was actually called Smith Connection. The album is Under My Wings.