Campfire Club's Tin Can Telephone Is Out Tomorrow: Listen To "Debauchery Debbie" 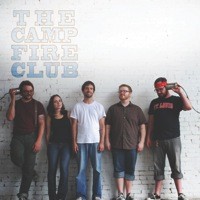 Campfire Club releases its charming full-length Tin Can Telephone tomorrow at the Heavy Anchor. Christian Schaeffer reviewed the record in this week's Homespun column, noting the lived-in feel of its tracks. This music is begging for vinyl, and you can get it that way at tomorrow's show. $5 gets you in the door and Scarlet Tanager and the Skekses will open. Listen to "Debauchery Debbie" and read Schaeffer's review below.

In the press materials accompanying the release of the Campfire Club's LP Tin Can Telephone, the band extols the merits of old analog recording devices -- tube amps, tape machines and plate reverbs all contributed to the sound of the album (which was pressed to vinyl with the help of fan contributions via the very un-analog Kickstarter). Admittedly, it's hard to hear the magnetic tape's fabled warmth through MacBook speakers -- the album is available digitally, of course -- but the off-the-cuff, lived-in quality seeps into these thirteen songs through the hearty and heartfelt performances. Perfection is out of the question for the Campfire Club, regardless of the recording techniques. The band is far more concerned with twangy, country soul and courts those one-take miracles, so a flubbed chord or dropped beat ain't gonna stop the show.

The quintet, led by Ryne Watts, sticks mostly to a brand of acoustic alt-country that's fast, loose and fun. Two-minute opener "Wedding Ring" shows a certain allegiance to the Drive-By Truckers, and songs like "Comfort of Contortionists" (a stowaway's love song) and "Debauchery Debbie" (which tells of a pool-hustling fallen woman) are good for a smirk or two. The loping waltz "Keep Me Around" is as close as the band comes to a love song, and it's a shining little gem amid pleasant songs that don't always leave a mark. Later, broke-down ballad "Devil's in the Details" earns its keep with some fine arrangements -- the rusty guitar and martial snare drum drive the rhythm, while plaintive fiddle and some distant bell chimes give it the gravitas of an Ennio Morricone soundtrack. These moments when Campfire Club is in control of a sound and not merely chasing an idea make sifting through Tin Can Telephone pleasant work.

Also: I Went To A Show has what looks like a hell of a fun night transcribed in words and photos (and sounds!) that we'd say is essential Campfire Club reading material.