Hear a Track From the Reventones' New CD, Dirty It 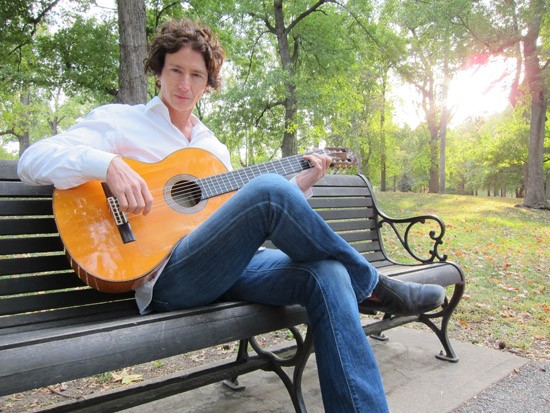 In this week's print edition, we profiled veteran St. Louis guitarist and flamenco artist Lliam Christy, chief composer for the Reventones. The group, also featuring guitarist and singer Jon Oliver Knight, released the album Dirty It earlier this year. Below, listen to standout track "Bosforus" and read Christy's explanation of the song.

"Bosforus" by the Reventones "'Bosforus" is composed in the rumba flamenca style. It is drawing from Middle Eastern sounds, the oud in particular. The scraping sound is a flamenco technique, it's called tapao, scraping the strings as a percussive element. It's used in rumba and flamenco pieces. You're using the guitar as a straight percussion instrument; you're not indicating any harmony. I wrote it a few years ago: I came up with the melody, most of the riffs, but I didn't have it put together. I liked it, but it took three years to put a form to it, to have a beginning, middle and an end.

"I've always liked the more Arabic sounding pieces in flamenco, the Moorish influences. To me [this song] always sounded like something you'd hear in Turkey. It has nothing to do with Turkish music, but it's the feel of it. That's why I called it 'Bosforus,' which is the waterway that divides the East from the West [commonly spelled as 'Bosphorus']. Coincidentally I'm going to stay with some friends on the Bosphorus for ten days in January."