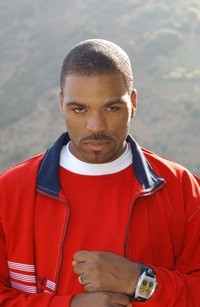 The 2011 Smoker's Club tour hit St. Louis last night, leaving in its wake both fond memories and irreparably damaged brain cells. The all-ages crowd wasn't quite a sellout -- the balcony remained closed -- but the turnout was strong and the main floor was packed.

The warm-up set was split between several undercard acts, each performing for a brief fifteen minutes or so before handing off the mic. The oddly-named Marcus Manchild was up first; his music didn't stand out as extraordinary, but he's definitely the fastest rapper I've heard to come out of Houston so far. Jet-Lifer Corner Boy P and Harlem's Smoke DZA offered songs that kept with the night's weed theme, but neither of their sets seemed to grab the audience. Former No Limit rapper Fiend was the clear favorite among the opening acts. After leading off with "Whoomp Whoomp," he abandoned his older material in favor of his newer music, which the crowd wasn't as familiar with.

The show really ramped up when Big K.R.I.T. hit the stage just after 9:00 p.m. The Mississippi-born emcee didn't waste any time getting the crowd energized with loud, krunk, trunk- bangers like "Return of 4Eva" and "Country Shit." K.R.I.T. balanced out the high-energy songs with a couple of slower, more weed friendly cuts like "Time Machine" and "Hometown Hero." The up-and-comer didn't make much use of the stage, but the St. Louis fans responded to his enthusiasm and thick southern drawl.

Shaolin's finest himself, the Method Man, was up next. "You need two things to be here," he calmly explained. "The first one is weed, motherfucker. Second -- you need energy. In here, this is a show! Give me your energy and I'll do the rest." Meth was as good as his word, as he ripped through his catalog with the type of potency and charisma only he can deliver. His biggest hits like "Bring the Pain" and "METHOD Man" were on the setlist, as well as an ODB tribute featuring "Shimmy Shimmy Ya" And "Baby I Got Your Money." His show-stopping performance ended with his verse from the Method Man/Redman classic "Da Rockwilder."

Although Meth was the headliner on the East Coast leg of the tour, Curren$y closed out the St. Louis show. I'm sure that the thinking behind the change was that St. Louis is more of a southern city, but Meth proved himself to be one tough act to follow -- especially considering that Curren$y wasn't at 100% thanks to the broken ankle he incurred at the Rock the Bells festival earlier this year.

To his credit, Curren$y was able to make the best out of a bad situation. The stage was setup like living room, where Curren$y would spit most of his verses from the couch. His fellow Jet-Lifers would drop in and out for different songs, so it felt very casual; almost like a house party. "Famous," "Elevator Music" and "Life Instructions" were among the crowd favorites from Spitta's rapidly growing discography.

Granted, Curren$y is known as a laid-back rapper, and he did not disappoint with his performance, but his relatively subdued set seemed a little anti-climatic after Method Man killed it the way he did. I suppose my nit-picking is irrelevant in grand scheme of things --- the show was a blast either way.