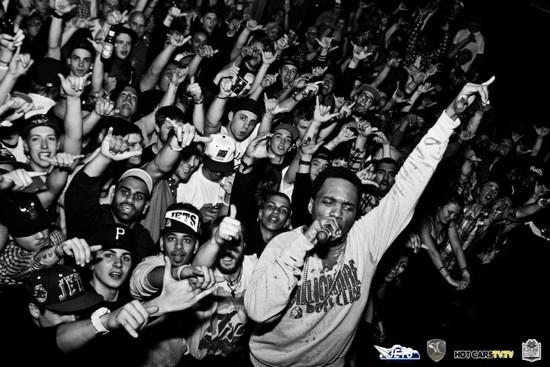 Tonight, the Smoker's Club Tour (headlined by Method Man, Big KRIT and Curren$y) comes to the Pageant. Calvin Cox wrote about the show in this week's print edition, saying, "The Smoker's Club Tour returns to St. Louis this month, once again featuring two of the most popular names in underground hip-hop. New Orleans weed-rapper Curren$y has built a large following over the past few years for his mellowed-out rhymes and spacey instrumentals, releasing a string of solid albums and mixtapes at a nearly inhuman rate. Meanwhile, Mississippi's golden boy Big K.R.I.T. has positioned himself into a major-label deal, thanks to his unique brand of substantive Southern Rap -- much of which he produces himself. This installment of the tour will also include a performance from legendary rapper/actor/smoker Method Man, with Fiend, Smoke DZA, The Pricks and Cornerboy P rounding out the bill."

Method Man has been busy lately -- he just released a full-length song about Sour Patch Kids (presumably not on the setlist tonight, although who knows), and our Facebook feed is thick with people posting awesome photos of the Wu legend bowling at Pin-Up Bowl. We love every rapper at the top of this bill, but Mef is on his own level.