A Band By Any Other Name... 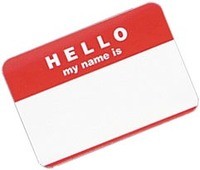 Yesterday, we told you about this Friday's Palace album release show. Palace is the name of a St. Louis four-piece specializing in athletic harmony. Palace is also the first half of the monikers Will Oldham was using in the '90s (Palace Music, Palace Brothers and Palace Songs). Some of you found this confusing, and after a bit of back and forth, Mike made this point: "There was also a STL band called Vivian Girls. I'm going to form a band called 'The Beatles' and see if anyone calls me on it."

This is actually an issue we've addressed recently -- Daniel Hill wrote about the Breaks, a St. Louis hardcore band (now defunct) that shares its name with a St. Louis rock band and at least four others. There are approximately one hundred bazillion bands that have ever existed, and many of them share names. And when you narrow the field to bands named simple common words like Palace, we would venture that there are almost no one-of-a-kind monikers out there.

The question about whether a name should be retired once it reaches a certain level of notoriety (and while Will Oldham's various Palace entities certainly aren't household names, he ain't exactly obscure) is at least a more interesting debate. Still, in this era of infinitely recycled creative ideas, we tend to think, as a general statement, that it doesn't matter whether it started as yours, as long as you make it yours.

What do you think? Can bands share a name and still find their own little corners, or is it just confusing?