"Occupy Wall Street" started out as a 1,000-person mid-September protest in a New York City park against, among other things, financial disparity and corporate influence. Since that time that protest has grown into a nationwide movement, spurring on the creation of "Occupy" spinoffs everywhere from here in St. Louis to tiny resort towns on the Oregon coast.

As the protests gains steam, some high-profile musicians have thrown support behind the movement. Walking Internet meme and Voice of a Generation Kanye West earlier this week nearly crashed the Internet again when he showed up with business mogul Russell Simmons to the New York City protests.

Along with mega-stars like West, other musicians have made contributions to the movement. Here's what some artists have done to forge a common cause with OWS protesters:

Simmons spent time with protesters before his cameo appearance in Kanyepalooza. Simmons - who made a fortune with business ventures such as Def Jam records and pushing out his Phat Farm clothing line - said on Current's Countdown with Keith Olbermann that he's been to the OWS protests at least fifteen times.

"This is not about class warfare," said Simmons in a Tweet he sent out earlier this week. "Its about fair. Educate our kids give them healthcare. We can do better #occupywallstreet"

Simmons' backing of OWS hasn't been without controversy. ABC News noted that some protesters took exception that the fact that a company Simmons founded sells prepaid credit cards.

From reading Naomi Klein's No Logo while recording Kid A to [basically] giving away In Rainbows for free, members of the Oxford group have long associated with an anti-corporatist mentality. And a mini-panic ensued once a rumor starting floating in late September that the band was going to play for OWS protesters in New York City. The rumor, however, turned out to be a hoax.

The band did send a message through its Twitter account that the wished protestors "the best of luck."

The Chicago MC has spent a great deal of time at OWS sites across the country. For instance, ABC News reported that Fiasco showed up on September 17 at the first day of the New York City protests. And our sister paper, Westword, wrote about how Fiasco dropped off tents and parkas for protesters gathering near the Colorado State Capitol.

Fiasco stirred a bit of controversy in June when he said "my fight against terrorism, to me, the biggest terrorist is Obama in the United States of America." Despite the provocative statement, Fiasco also said in that interview he doesn't vote or get involved in politics.

Like Fiasco, Kweli spent time at the New York City protests. And the Brooklyn hip-hop artist, according to the New York Daily News, even performed a song - "Distraction" - to protestors.

"I'm not aligned with everyone politically who is there," Kweli told the paper. "But it was overwhelming, seeing democracy in action."

The politically-inclined Harlem rapper made a late September visit to the New York City protestors very early in the morning. In addition to performing "A Toast to the Dead", Immortal Technique also spoke to the crowd for a great deal of time.

"If we don't change our mind about how this country works, then we're not going to have a country any more," said Immortal Technique in a video posted on YouTube. "People say 'oh, you don't like America - get out.' Why? Why would I get out and leave it in your hands?" 5. Anti-Flag

In addition to performing several of his band's own songs, Anti-Flag lead singer Justin Sane sang a cover of the Clash's "Should I Stay or Should I Go?"

After finishing off "This is the End" with fellow Anti-Flag member Chris #2, Sane told the protesters to "keep it peaceful" and to "be safe." 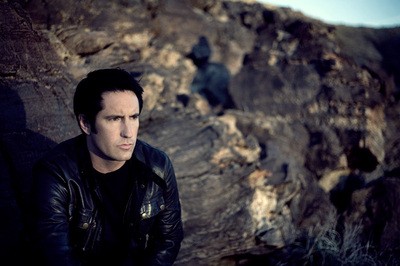 Taking a few seconds out of his vaunted quest for a coveted EGOT, Reznor reposted and endorsed this pro-OWS graphic on his Google+ account.

The mastermind behind Nine Inch Nails has been politically active for some time. NIN pulled out of the 2005 MTV Video Music Awards after the band was unable to include an image of then-President George W. Bush during their performance for "The Hand that Feeds." He was also honored by the U.S. Congress for helping raise money to get Eric De La Cruz a heart transplant.

No stranger to protesting, Ono often joined with her husband John Lennon in advocacy in 1960s and 1970s. Ono and Lennon's 1969 "Bed-In" became a notable chapter in the protests against the Vietnam War.

Ono's provided support for today's protesters, sending out a Tweet on October 1 that said "I love #OccupyWallStreet."

"As John said, 'One hero cannot do it. Each one of us have to be heroes.' And you are," Ono Tweeted. "Thank you. love, yoko"

Neutral Milk Hotel's frontman became a virtual recluse soon after the sublime In the Aeroplane Over the Sea came out in 1998. But Mangum in recent years began reestablishing himself in the public eye, from contributing to an Apples in Stereo record to performing live in venues across the country.

The story of Mangum's reemergence will now include a performance in New York City's Zuccotti Park, the defacto epicenter of the OWS movement. The Wall Street Journal reported that Mangum sang a number of Neutral Milk Hotel classics, including "Holland 1945," "King of Carrot Flowers" and "Oh Comely." It was probably enough to make twenty-somethings longing for the simpler days of the late 1990s a bit misty-eyed.

Mangum thanked later told the Wall Street Journal that he supported OWS, adding "this is just something small I can do."

Morello, a guitar virtuoso known for his work in Rage Against the Machine, long had a jump on agitating against Wall Street. This is, after all, a member of a band that utilized director Michael Moore to shoot a music video for "Sleep Now in the Fire" in front of the New York Stock Exchange in 2000.

So it shouldn't be that shocking that Morello performed "This Land is Your Land" and "World Wide Rebel Song" in front of Occupy Los Angeles protestors late last week, according to Raw Story. He later was quoted by the site saying "now every village, hamlet, every place around the world is watching what we're doing here today."