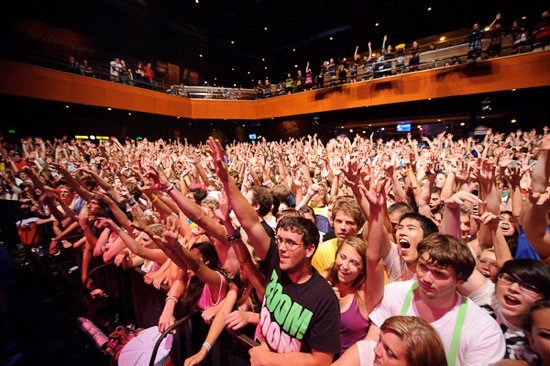 Pollstar has just released the ticket sales number for the first three quarters of 2011, and the Pageant has once again sold the fourth most tickets of any club venue in the world.

Our hometown venue has seen more people through its doors this year than any club other than Terminal 5 in New York, the 9:30 Club in Washington, D.C. and Ancienne Belgique in Belgium. These numbers don't include stadiums or amphitheaters, but that's not to say this isn't the big leagues: Terminal 5 boasts a capacity of 3,000, and Denver's Fillmore Auditorium (No. 13 on the list) checks in at 3,700. The Pageant can fit a maximum of 2,300 people, depending on the event. The top ten clubs so far this year, below.

There are no other Missouri venues in the top 100 so far this year, though there are eight in Chicago -- more than any other city in the world. It's worth noting that these numbers reflect sales figures reported to Pollstar only.