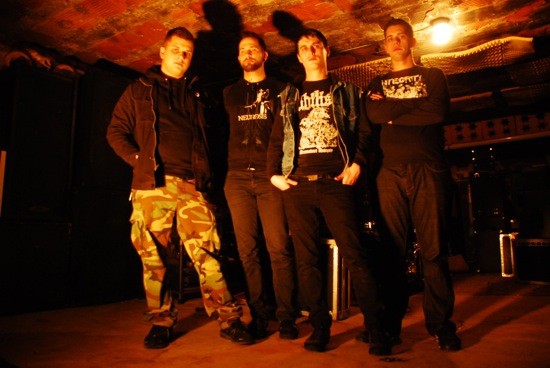 Everything Went Black plays a concise, sophisticated brand of fast and heavy aggressive music drawing influence from the likes of the Hope Conspiracy, Black Flag and Entombed, while still maintaining a sound that is very much its own. Since the band's formation in the spring of 2009, it has self released an EP, a 7" on Hands Up! Records and a split with Louisville, KY hardcore outfit Rattletooth on St. Louis based label I Hate Punk Rock Records.

The band recorded its debut full length this summer, and it will see a release in early 2012. "It is a great honor for us to be working with the team over at Lost Shepherd / Prosthetic Records," says vocalist Brandon Hoffman. "We just finished tracking our new record with Matt Amelung at Second Story Studio. The finished product definitely exceeded our expectations.

"More information on the record will be announced later this month. Until then you can find our previous releases over at www.ihatepunkrock.net."

Prosthetic Records is home to several top names in heavy music, including Skeletonwitch, Kylesa, All That Remains, The Acacia Strain, and Trap Them. Check out live footage shot by Donna Klein of Everything Went Black supporting Converge and Trap Them earlier this year:

In addition to the band's official web site, you can find information on its facebook and twitter pages.