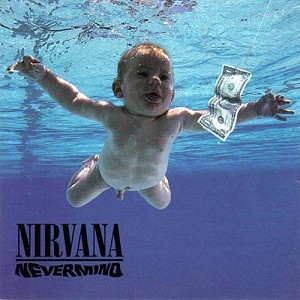 While Nevermind marked a victory for the underground in a stellar year of albums, there were plenty of releases that might have been just as ground-breaking as Nevermind had they not been eclipsed by the grunge explosion in Seattle that fall.

Nirvana's success has always been associated with a weariness for the fluff of the 1980s in light of the first U.S. war in Iraq, a bleak economic outlook, and the uncertainty of living in a world in which the enemies of the past fifty years had fallen. We weren't quite sure who we might battle next. Maybe ourselves, composed of uncertainty, apathy, anger and repressed pain that we'd covered in 1980s glitz.

Kurt Cobain, Krist Novoselic, and Dave Grohl weren't the only artists expressing these sentiments. And while they expressed them well, so did others who didn't have the luxury of an unlikely DGC Records deal and the support of a record industry looking for change.

These nine albums were released within months of Nevermind. They all sound different and utilize different styles to tell the same story Nirvana conveyed. They all might have been the impetus for 1991's music revolution under different circumstances.

Released in July, the D.C. band's second album had all the rage of Nirvana's, but with a more political stance. The sparse production, done by the band, goes heavy on intricate guitar work that hints at the pop hooks of that other band, particularly on "Long Division".

A year later, Fugazi re-recorded the follow-up album, In On the Kill Taker, because it was dissatisfied with Steve Albini's production of the first recording. The next year, Albini would produce Nirvana's In Utero.

8. The Pixies - Trompe le Monde As Nirvana entered, one of its biggest influences exited. The Pixies released its final album, Trompe le Monde, the day before Nevermind. Pioneers of the quiet-loud-quiet song structure, which Kurt Cobain admits he "ripped off" when writing Nevermind. The Pixies went balls-out loud on its final recorded work. Tensions in the band, particularly between singer/guitarist Black Francis and bassist/vocalist Kim Deal, fueled an angry work filled with sarcasm and screaming. They toured behind the album until Francis disbanded them in 1993. Despite the bad ending, the band reunited a decade later and continues to tour.

"U-Mass" from Trompe le Monde is a riotous anthem against apathy, with Black directing snarling sarcasm at his alma mater, an outward anger instead of Nirvana's inward-looking pained response to an apathetic society.

7. Pavement - Slanted and Enchanted Seven months after Nevermind, an embryonic version of Pavement released its first full-length album after years of tinkering in the studio as an on-again, off-again recording project led by Stephen Malkmus and Spiral Stairs. They added musicians as they recorded the album.

Cassettes of Slanted and Enchanted started circulating a year earlier. Pavement maintained this indie integrity for their decade-long career, which likely prevented its hook-filled songs and Malkmus' blase' vocals from reaching a wider audience that would have embraced the band's melodic lo-fi fuzz.

Like the Pixies, Pavement reunited ten years after their breakup for a reunion tour in 2010.

6. My Bloody Valentine - Loveless Loveless is as richly orchestrated and lush as Nevermind is barren and loud. Kevin Shields of My Bloody Valentine spent over two years creating layers of sound so expensive it almost bankrupted Creation Records. Call it the anti-Nevermind -- ethereal and plush with blasts of tremelo bar-fueled guitar creating an army of sound.

Despite the differences, Shields and Nirvana used the same DIY ethos. Shields used very few effects, instead finding methods to manually create distortion. The vocal mix was kept low, floating above the massive whirlpool of feedback.

The record label dumped My Bloody Valentine upon the album's release. Loveless received good reviews but low sales. Shields became reclusive, releasing little in the past twenty years even as his masterpiece influenced bands like Nine Inch Nails and Smashing Pumpkins.

5. Teenage Fanclub - Bandwagonesque The U.S. was ready for the next wave of British pop, with the likes of Jesus Jones and EMF seeing commercial success in the summer of 1991. It could have been a full-on British takeover by the time Scotland's Teenage Fanclub released Bandwagonesque in November, had its sweet harmonies and shimmery guitars not been drowned out by Nevermind.

Pop perfection in the tradition of Big Star and the Beach Boys, Bandwagonesque was more challenging than what was being produced by Teenage Fanclub's U.K. counterparts. While it might not have seen American chart success, it made up for it in accolades, being called the best album of the year by many critics. It paved the way for mid-'90s pop acts to take over once listeners had grown weary of the bombast of grunge.

Teenage Fanclub has continued to record and tour. In 2006 they performed Bandwagonesque in its entirety at shows in London and Glasgow. 4. Matthew Sweet - Girlfriend Jangly pop and slide guitar hooks elevate tales of loss and spiritual devastation throughout Matthew Sweet's third album, Girlfriend. He'd been ditched by A&M Records, his marriage had failed, and he found himself starting over after losing much of his stuff in a flood. His questioning of why so much bad can happen under the eyes of a loving God resulted in a power pop masterpiece.

Sweet's angst ran as deep as Cobain's. He just sounded happier while expressing it. Gulf War protest Holy War deceptively pogos and sways while clinging to spiritual skepticism. The album ends with the plaintive, acoustic Nothing Lasts, where Sweet finds the answer to his existential questions, negating the hopefulness of the album's breakthrough title track.

In its pre-CD release, side one of Girlfriend was hopeful, while side two devolved into anger and, finally acceptance of the darker corners of life. It might be one of the last albums that utilized the two-sided format of vinyl and cassettes.

Sweet's recorded and toured through the past two decades. He's celebrating Girlfriend's twentieth anniversary with a series of shows where he'll play the album in its entirety. He'll be at the Duck Room on October 15, one week to the day before the album's release anniversary.

3. Blur - Leisure While its debut album might not have seen the commercial success of its predecessors, Blur released Leisure at the perfect time. Like Teenage Fanclub, its August, 1991 release put the band in the position to be seasoned veterans when the grunge tide turned a few years later. At the time Blur was seen as being the end of the Madchester movement that includes Stone Roses and Happy Mondays when really, it was the beginning of '90s Britpop.

Leisure sat firmly on the line between My Bloody Valentine's swirling dream state and the straightforward guitar pop of Teenage Fanclub, being equal parts lush orchestration and melodic guitar pop, managing to be both lyrical morose and musically chipper.

At the height of its success, Blur released Song 2 from their 1997 self-titled album. A straight-up two minute screamer in the quiet-loud-quiet mode, the song is a lampoon of the grunge music that eclipse Blur in the early part of their career. And of course, it became the band's biggest American hit.

Blur still record and tour sporadically when the members aren't working on side projects like Damon Albarn's Gorillaz.

2. Liz Phair - Girly Sound Liz Phair's early home recordings constitute the most important album that never had an official record label release. Phair recorded three cassettes on a four-track recorder in her bedroom and gave them to a few friends. Through nothing more than pre-Internet word of mouth and zines, copies of the tapes multiplied until Phair landed a recorded deal with Matador in 1992. It's the ultimate DIY music success story - no label, no producers, no public relations. Just a musician/songwriter, recording and distributing her own goods and letting the work sell itself based on brutally honest songwriting and production that hid nothing.

After signing with Matador, Phair reworked many of the best songs from the Girly Sound era for inclusion on albums throughout her career. Her work has become more polished and heavily produced over the years, much to the chagrin of many early fans who were initially drawn to her rough-hewn homemade style. Aside from Nirvana, Phair's career is perhaps the best illustration of the difficulty of having one foot in the indie world and another in the corporate record world. Her 2010 release, Funstyle, still drew from the Girly Sound catalog.

1. Tori Amos - Little Earthquakes Tori Amos tried to find success in any way possible, going as far as to release Y Kant Tori Read, a blend of glam, synth, and hair metal at the latter's height in 1988.

It bombed, and Amos has since disowned the album. Lyrically, it showed glimpses of the poetic honesty she would fully embrace in Little Earthquakes. Amos had a contract to fulfill with Atlantic Records after Y Kant Tori Read ended. She and the label spent nearly two years reworking her material from the over-produced, stylized music that had failed into the sparse piano-based confessionals.

Amos and Cobain were poetic soulmates, both writing gut-wrenching words to express identity confusion, humiliation, and violence. They told nearly identical stories with very different orchestrations, which Amos illustrated on her 1992 Crucify EP by covering Smells Like Teen Spirit. Cobain wasn't that impressed with her version, calling it "a great breakfast cereal version". Still the song's flexibility and style are obvious.

Ten years ago with her covers album Strange Little Girls, she tackled Slayer's Raining Blood. Just this week, upon the release of her classically-fueled album Night of Hunters, Amos issued a challenge to metal bands in a Spinner interview:

I embrace that because I don't think that just because I talk about emotional stuff that it's not motherfucker stuff. I'll stand next to the hardest fucking heavy metal band on any stage in the world and take them down, alone, by myself. Gauntlet laid down, see who steps up. See who steps up! I'll take them down at 48. And they know I will. Because emotion has power that the metal guys know is just you can't touch it. Insanity can't touch the soul. It's going to win every fucking time.