The Urge Two Night Stand At The Pageant Is Sold Out! [Update] 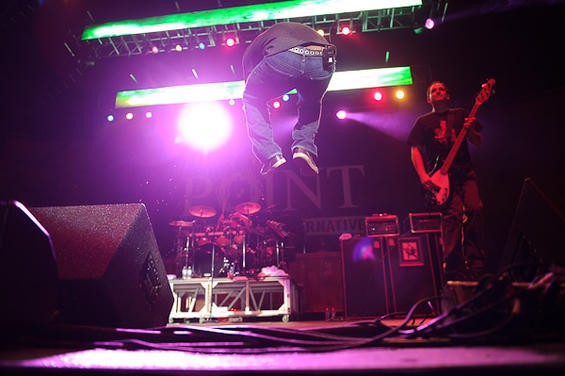 Update, 9/21: Both nights are now sold out. So it took eleven days for the Urge to sell nearly five thousand tickets.

Well that didn't take long. Nine days after the Urge announced a back-to-back shows at the Pageant, one of them has sold out. The brand-newly reunited ska punks will play on Friday, November 11 and Saturday, November 12, and the latter is now officially at capacity. Tickets are still available for Friday, but don't expect them to be there forever.

The Urge played its first show in six years at Pointfest; that was also when the Pageant shows were announced. This is part of a full-scale resurrection of the band -- Steve Ewing and co. are writing new material and everything. The band has already released a new single called "Say Yeah." Listen below.