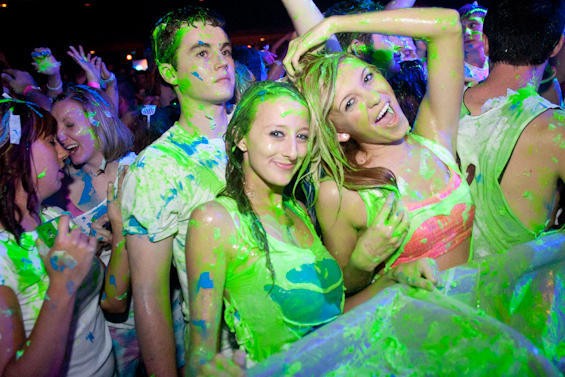 Dayglow, which touts itself as the "world's largest paint party," is a bit like cirque-du-soleil gone dance beats. Maybe not in performance, but at least visually, where surreally outfitted people onstage blast paint from cannons onto barely outfitted fans below. The hot mess came to the Pageant on Friday and sold the place out; Jon Gitchoff went and took some paint for the team. A few highlights, below.

Check out a full slideshow of Dayglow at the Pageant. 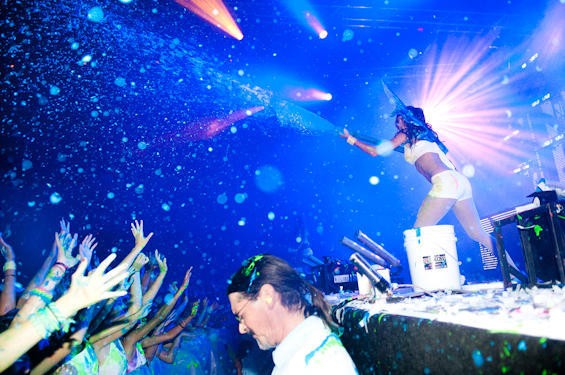 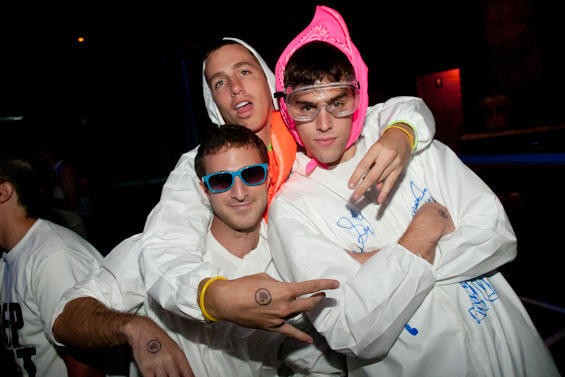