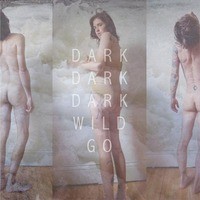 Minneapolis-based band Dark Dark Dark is easy to love. Having created a buzz with its quasi-hit "Daydreaming," which appeared on ABC's nighttime soap opera Grey's Anatomy, the band might have found it difficult to shake the stigma of viral popularity. Proving that it is beyond one-hit-wonderdom, DDD remains a strong force with a devilishly clever mix of chamber folk instrumentation, emotionally smart lyrics and flawless delivery.

Just a few days short of the autumn season, St. Louis was treated to an evening of light drizzle on a cold Sunday, setting the perfect mood for the band's painstakingly beautiful songs. Filling the balcony and most of the floor at Off Broadway, a medium-sized crowd eagerly awaited the band.

Accused by some as sounding flat during its last Off Broadway set, Dark Dark Dark's stunning performance last night was anything but. The band kicked off its set with a shanty song exploring wave-like rhythm in a buoyant rise and fall of melody. Performing last night as a five-piece (featuring Pillars and Tongues' Mark Trecka on drums), the stage was set with a wide array of instruments including accordion, piano, bass, electric banjo, trumpet, and clarinet. Anchored by the trio of drums, bass, and banjo, this structure allowed multi-instrumentalist Walt McClements to switch intermittently between piano, accordion, and trumpet, lending to the emotional subtleties of each song. At one point, McClements pulled double duty with both trumpet and accordion in perfect unison -- a spectacle in its own right.

Dark Dark Dark's set played like a handful of somber bar songs garnished with a Parisian flair, due in part to the use of accordion. Marked by fluid piano and expert arrangements, it was clear that the focus was on singer/pianist, Nona Marie Invie. By no means demure, Invie's voice shined like a beacon of hope, cutting through just about every instrument on board. On songs like "Something For Myself" and "Celebrate," Invie's vocals fluttered with a romantic bent, hinting at love lost and the pains of owning a heart. Performing with a tone similar to a less-goofy Regina Spektor and the delicate, grainy coo popularized by Feist, Invie's vocals stood proudly on their own, with beautiful chorale flourishes.

Ending with a ravishing rendition of "Daydreaming," the pleased crowd begged for more leading up to a stripped down version of "Wild Goose Chase" as an encore. With the bare bones set up of drums and piano, Trecka and Invie performed ceremoniously, lulling the audience into the fall season.