Skrillex Is Coming (Back) To The Pageant [Update: Sold Out!] 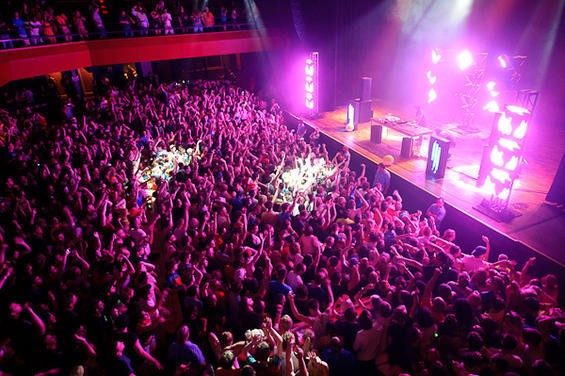 Update: This show is now sold out. Evidently people have recovered from last time...

Original post follows Skrillex, who dropped dangerous amounts of bass on the Pageant exactly one week ago, has just announced another show at the same venue on November 3rd. Tickets are $26 and go on sale July 22nd at 5 p.m. And why not? Last week's show was sold out and this one probably will be, too. It's not like dance party enthusiasts exhaust their desire to dance.