Plan Nine skate park in the Mills Mall in Hazelwood closes at 6:45 p.m. on Sundays. But some things are worth making an exception for. Owner Casey Otto recalls a recent day when he got just such a request: "One of my employees came up and said, 'There's a guy on the phone who wants to know if Lil Wayne can come skate here.'"

Otto agreed, naturally, and after Sunday's I Am Still Music Tour, the rapper showed up with three tour busses, a couple vans and a taxi for a skate session that ended with Lil Wayne in the hospital getting nine stitches.

"It was just one of those falls where the board slips out from under you," says Otto. "He was bleeding pretty bad. There was blood on his shirt, blood all over the ground. And he was chill about it. He was like, 'Put a Band-Aid on me, I'll go skate some more.'" 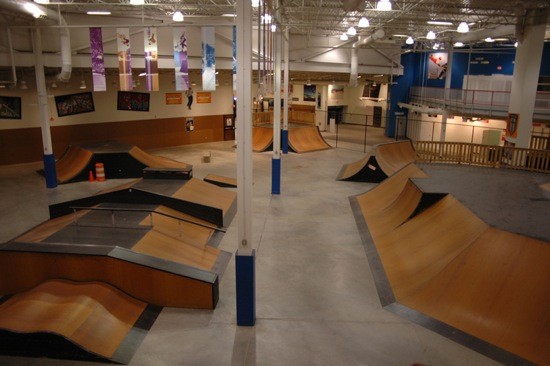 Otto says it was pretty clear that the rapper needed medical attention -- he estimates the cut was about an inch long and a half-inch wide. He was given bandages and an ice pack, but even then, Otto says, "he did not want to go to the hospital. He wanted to skate."

Finally, at the urging of his crew and the Plan Nine staff, Wayne relented and went to the DePaul Health Center.

The session was arranged by the I Am Still Music tour's dedicated "skate liaison," who phoned Plan Nine and told Otto they'd be there between 2 and 3 a.m. He also promised Otto tickets to the show.

Otto admits that he wasn't sure whether to believe it was really happening until the tickets were there, waiting for him.

After the show, which Otto describes as "super rad," he went back to Plan Nine to get ready. At exactly 2 a.m., he got a call from the crew. The massive touring party parked in an area reserved for police during the mall's operating hours. The skate liaison tried out the park for 45 minutes or so, and then, "Lil Wayne came in, said hello and then went straight into skating. He was all about skating," says Otto.

"I guess he's been doing it for three months. I think he's something like 28, but he skates like a fifteen-year-old kid. All about it, eager, and excited about getting better."

The rapper's crew had originally arranged to be there most of the night -- management asked Otto if they could stay until 7 or 8 a.m. Lil Wayne hadn't been skating for long when he fell. "He was just warming up," says Otto.

Plan Nine was ready to accommodate a huge group of Wayne's touring crew, but the rapper hasn't been letting too many people watch him as he learns, Otto says. "Until he gets better, he's not totally down with a huge audience."

The skate park has been open in its current incarnation for a little over two years. Otto actually helped build the park back when it was under corporate management -- they built four more in other Mills malls around the country. But it's been vacant for some time now. "They probably spent millions of dollars on it and then walked away," says Otto. It took him a couple years of negotiating with the mall to re-open the park as an independent company. Now, Otto's company hosts everything from monthly all-night skate sessions to Red Bull national qualifying events.

More photos of Plan Nine on the next page. 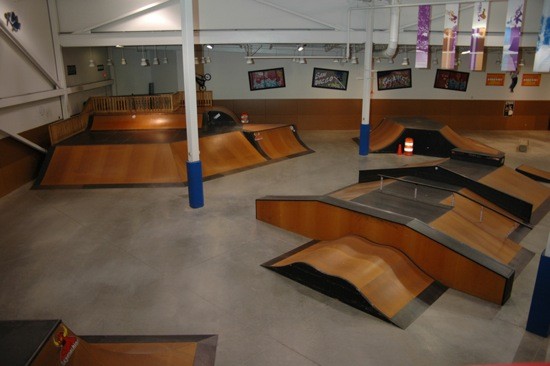 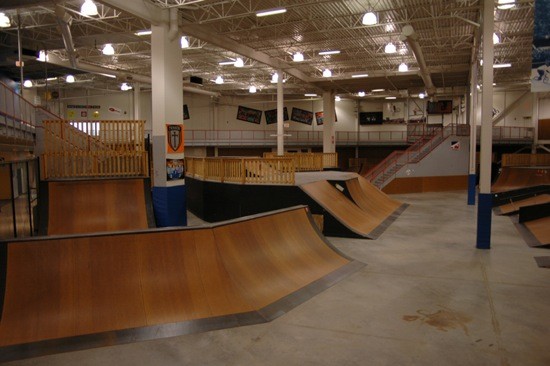