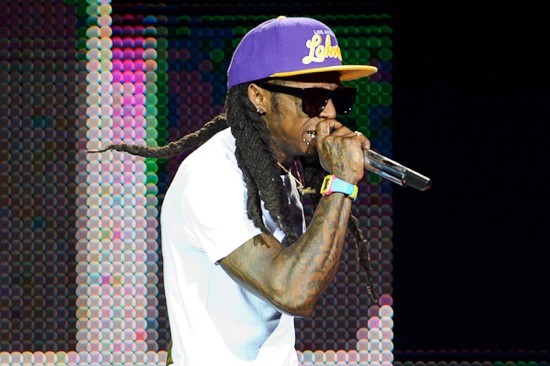 Though it's barely been four months since his last St. Louis show, rap/rock/pop phenomenon Lil Wayne once again drew in a massive crowd for his I Am Still Music tour last night. The supporting lineup was packed with big names in rap and r&b, but none could outshine the larger-than-life spectacle that is Dwayne Michael Carter Jr.

Lloyd opened up the show, dressed more like a rapper than a singer in a Lakers cap, cutoff shorts and a plain tee. He made time to flirt with a few female fans in between songs while promoting his recently released album King of Hearts. "Lay it Down" and "Get it Shawty" were the crowd favorites, although the venue was still half-empty at the end of his surprisingly short set.

When I first read that the Far East Movement was on the bill, I thought it was an odd choice for the tour. Having seen the crowd's reaction to the Cali-based electro-hop quartet, I'm only partially convinced that I was right. Don't get me wrong; FEM put on an energetic show, and plenty of fans rose to their feet to dance to "Like a G6" and "Rockateer." On the other hand, there were those who looked confused by the set, and some of the pulsating electro beats just didn't blend particularly well with southern-style production which dominated the rest of the show.

Keri Hilson took the stage with three backup dancers and a huge No Boys Allowed banner as the backdrop. Her voice sounds beautiful live, and she has no problem singing while performing demanding choreography at the same time. For the most part, the ladies in attendance ate up her whole "girl power" persona as she ran through her biggest hits like "Turnin' Me On," "Knock You Down," and "Pretty Girl Rock."

Aside from the headliner, Rick Ross was the only returning act from the previous leg of the tour. The imposing figure didn't dance or move around the stage much; he spent most of his time at center stage, confidently reciting his street-edged lyrics in that unmistakably coarse voice. His lack of theatrics didn't seem to bother the crowd, though. Ricky Rozay earned some of the loudest responses up until that point, particularly for "Maybach Music" and "Hustlin'."

After the evening's longest intermission, Weezy emerged with some flashy pyro effects, and an enormous semi-transparent video screen (which gave it a weird 3D sort of effect). The crowd just about lost it, as he tore into a set that lasted the better part of two hours. If one thing was obvious from start to finish, it was that this guy loves what he does. I don't believe I've ever seen somebody have that much fun onstage, and it made it that much more exciting to watch.

Lil Wayne's was the only performance of the night to feature a full band (Keri Hilson had live drums only), and he even played a little guitar himself at one point. He shared the stage with various YMCMB members (Shanell, Gudda Gudda, Mack Maine), and brought Birdman out for "Money to Blow." Most of his setlist and even a lot of his banter hadn't changed from his last appearance here, but for most of the crowd, it was our first time seeing it. He threw in several plugs for Tha Carter IV, which (after multiple delays) is due out August 29.

The bottom line is this: Lil Wayne gave the fans exactly what they wanted, and the concert was a blast. Whether or not Wayne is the "best rapper alive" (as he claims to be) is still highly debatable, but fans at last night's show should have little doubt that he's one of the best performers around.

Notes and setlist on the next page.

Click here for a full slideshow of photos: Lil Wayne and Rick Ross 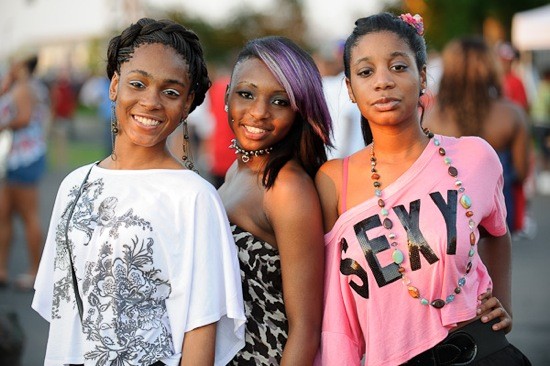 Critic's Notebook: I'm not a religious man, but I found it a little strange that after declaring his belief in God, Weezy went straight into a song that proclaims "I wish I could fuck every girl in the world." As a sidenote, he performed the same song with his daughter onstage at the 2009 BET awards.

Overheard: "Kiss Him!" This was blurted out by a fan at the end of Birdman's featured appearance.

Click here for a full slideshow of photos: Lil Wayne and Rick Ross