Prince Ea On The Minor Explosion Of His "Backwards Rappers" Video 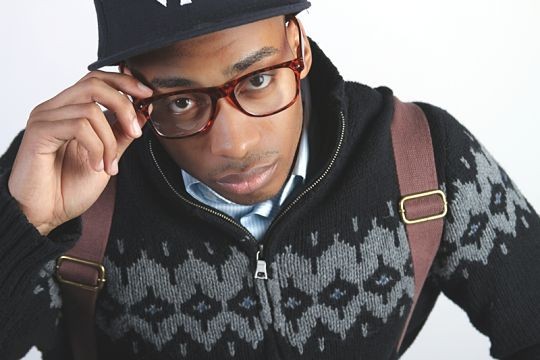 In the little over a week since its August 8 release, the video for Prince Ea's "Backwards Rappers" has gone moderately viral. By that, we mean that is has garnered attention in the right places -- CBS News, the Huffington Post, Reddit -- and from the right people -- Sage Francis, Brother Ali -- without quite reaching that mainstream breaking point. But its more than 400,000 YouTube clicks are nothing to sneer at, and this latest creative statement is only a cog in the workings of Ea's "Make Smart Cool" plan to re-envision the rap world.

"With so much of today's rap lacking real substance, Prince Ea attempts to change the game, creating a new breed of rapper, one that makes being smart look cool," Ethan Fedida wrote on the CBS News blog that praised the rapper's video and aesthetic.

The concept for the song, one that works both directly and in reverse, was based on a poem called "Lost Generation" Ea found online. "I was just blown away, so I was like, 'Let me see if I can translate this into a hip-hop song,'" the rapper says. "I was just throwing paint for a couple days trying to get a profound message in sixteen bars, and then I realized I had something."

From there, the video's artistic cues followed a separate inspiration: the video for the Pharcyde's "Drop." Ea wrote the treatment for the video and directed it with the help of videographer Joseph Lombardi, who shot the resulting clip in the space of a single day. The final result is one shot, which was simplified during the editing process so that no one who watched it could be confused by its master plan. Unfortunately, some still were.

"I get de-sensitized, and I focus on the negative comments," Prince Ea says. "People say it's been done before, and it has with the song, but it hasn't with the combination of the video and everything. A lot of people didn't even get it and read the lyrics backwards." Here, Ea quotes Bill Cosby: "I don't know the key to success, but the key to failure is trying to please everybody."

Prince Ea took to TV yesterday morning for a four-minute spot on Fox News' channel 2 to discuss his video and perform a verse.

Sure, he's not the first rapper to write a verse that works successfully both forward and backward, but he might be the most earnest. All evidence that the video is a gimmick at heart is buried deep behind an ardent attention to the motto he legitimately never strays from. "The way he gets his message across is actually pretty awesome," according to the Huffington Post.

In the video's infancy, it also earned publicity from heavy names on the scene including those of Sage Francis and Brother Ali, who took to Twitter along with personalities including Immortal Technique to praise the two-minute clip. In the time since its release, the clip has made it to rap fansites, eBaum's world and other distribution sites for a combined total views Prince Ea estimates is somewhere around a million.

"It definitely beat my expectations," says Ea, who hyped the clip as the best music video of the year before its release. This says a lot. "I had a feeling it was going to go viral but not what it did. My nerd rap video got 300,000 views in a week, but it was part of a network, and this was just a solo project for me, which somehow beat out everything I had done. It's incredible getting to hear fans tell me that it changed how they think."

Watch the full music video below: