Lucinda Williams Is Coming To The Pageant 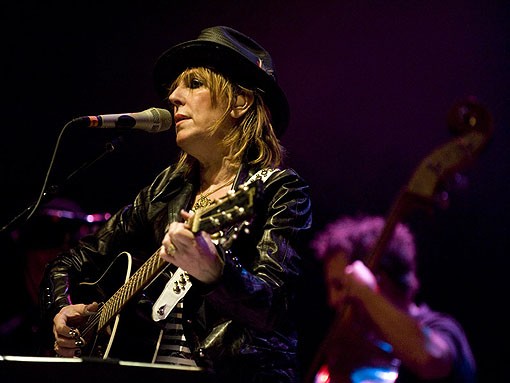 Williams is touring in support of this year's Blessed. It's still beautifully battered, like everything she's written, but there's an unusual placidity this time around. It's at its most absorbing on "Awakening," if you're looking for a starting point with the new stuff.

Though of course Williams is working with a catalogue more than thirty years deep. At a 2009 Pageant show, she played 24 songs spanning the whole thing.