The Drug Cocktails That Might Fuel Five Of Our Favorite Musicians

Did you hear the one about the rapper who got busted for Ecstasy and Viagra? Earlier this week, Outkast rapper Big Boi got pinched for MDMA powder, Ecstasy pills, and an illegal prescription of the little blue pill for his disco stick. Which got us thinking -- what party favors are our favorite musicians popping, snorting, injecting and dripping into their eyeballs? Enjoy these five speculative drug busts while we go burn one.

5. Lady Gaga All due respect to our Mother Monster, but we bet ol' girl is packing some serious pharmaceuticals. She's mentioned her affinity for cocaine and since she doesn't believe in food, she must need a number of Mother's helpers to get through those physically daunting two hour performances night after night. 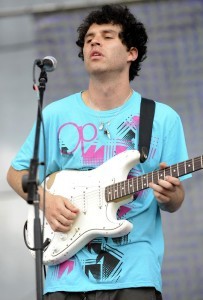 4. Avey Tare The maestro behind Animal Collective gets high, no doubt about it. He's probably got a stash to rival Hunter S. Thompson's somewhere in his Brooklyn compound. 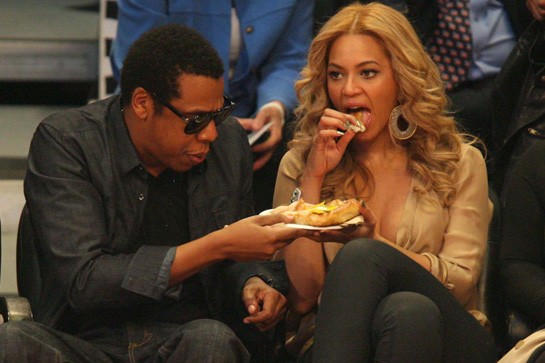 3. Beyonce Beyonce is perfect. When she's being a bad girl, we're guessing the hardest thing this diva hits is the occasional plate of fried chicken. Even the master provocateurs of the paparazzi can't seem to catch her being anything but classy -- we're guessing there ain't too much contraband to be found in her purse.

2. Britney Spears This zonked out zombie takes a shit ton of pills. Just ask her former bodyguard -- the dude's filing a suit against the pop star, saying Brit Brit took Ritalin, Narcan and methamphetamines in front of him, in addition to being generally unkempt and flashing her Brit bits on multiple occasions.

1. Conor Oberst Sad bastard, amazing songwriter. He appears to have kicked the coke habit from his younger days, and now we think he's a purist--a lil Beam (he's down with the people like that), a lil 'dro, and some recreational DMT for inspiration.