Kanye West Is Batshit Crazy: Decoding The Ten Boasts That Prove It 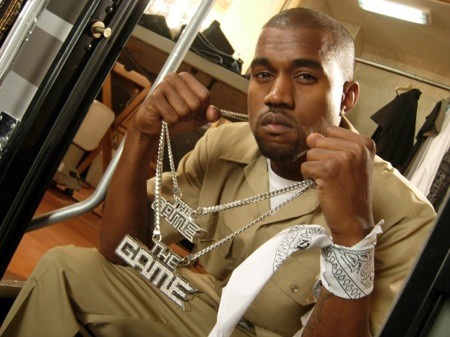 The only thing that's legitimately surprising about Kanye West comparing himself to Hitler last weekend is that he did so in a negative sense. To the audience members at England's Big Chill festival who had the glorious opportunity to be the first ones baffled by the sentiment, Kanye unleashed the idea that his haters think he's as bad as the Nazi villain: "I walk through the hotel, and I walk down the street, and people look at me like I'm fucking insane, like I'm Hitler. One day the light will shine through, and one day people will understand everything I ever did."

The second sentence might be the most unsettling part because, paired with an introduction about Hitler, it seems eerily similar to something the dictator's party might have said to explain its actions. The rap mogul is known for his unhinged, always pull-quote-worthy one-liners and many-liners both in music and real life, though sometimes it can be especially difficult to believe they appeared in either one. There's this one, for example: "In America, they want you to accomplish these great feats, to pull off these David Copperfield-type stunts. You want me to be great, but you don't ever want me to say I'm great?"

OK, we see your point, Kanye -- and we're glad you had one. Because we await the Friday release (fuck the leaks and iTunes exclusives) of the rapper's much-hyped and gold-shrouded album with Jay-Z with equal parts fear and frenzy, we've decided to count down some of the promises (read: boasts) he's made and might deliver on with his latest project. Chances are we'll just have more to add to the list on Friday.

10. What he said: "I am the number one human being in music. That means any person that's living or breathing is number two." What it means: This betrays arrogance, sure, but also a surprising misunderstanding of mathematical rankings. If Kanye had written this list, there would be one item at No. 1 and a lot of quotes at No. 2. Also, does this mean he doesn't live or breathe?

9. What he said: "I'm like a tree. I feed the branches of the people." What it means: Actually, we have no clue.

8. What he said: "Sometimes people write novels and they just be so wordy and so self-absorbed. I am not a fan of books. I would never want a book's autograph. I am a proud non-reader of books." What it means: Mr. West is clearly not a fan of people who are wordy and self-absorbed. Chances are he also is not a fan of irony. But if this were in a book right now, he wouldn't even read it, so we're probably safe with that accusation.

7. What he said: "Now even though I went to college and dropped out of school quick / I always had a Ph.D.: a Pretty Huge Dick." ("Breathe in Breathe Out" with Ludacris) What it means: I think he made the point pretty clear here. We should probably start referring to him as Dr. West.

6. What he said: "I realize that my place and position in history is that I will go down as the voice of this generation. Of this decade, I will be the loudest voice." What it means: This is an unsubtle part of Kanye's plan to eventually take over the world. In the grand scheme of things, we could say that he's probably Pinky, and Jay-Z could be The Brain. 5. What he said: "And I was almost famous, now everybody loves Kanye / I'm almost Raymond." ("Last Call") What it means: Someone actually still watches those Everybody Loves Raymond reruns.

4. What he said: "My greatest pain in life is that I will never be able to see myself perform live." What it means: Let's face it: He probably wouldn't stop at just watching himself perform.

3. What he said: "I'm doing pretty good as far as geniuses go ... I'm like a machine. I'm a robot. You cannot offend a robot ... I'm going down as a legend, whether or not you like me or not. I am the new Jim Morrison. I am the new Kurt Cobain ... The Bible had 20, 30, 40, 50 characters in it. You don't think that I would be one of the characters of today's modern Bible?" What it means: "I'm sorry, the machine I sleep inside broke down last night, and I had to hang upside down from my balcony instead. Shit was rough." Also, "I have never actually read any of the Bible, and I plan to die young."

1. What he said: "I'm a pop enigma. I live and breathe every element in life. I rock a bespoke suit and I go to Harold's for fried chicken. It's all these things at once, because, as a tastemaker, I find the best of everything. There's certain things that black people are the best at and certain things that white people are the best at. Whatever we as black people are the best at, I'm a go get that. Like, on Christmas I don't want any food that tastes white. And when I go to purchase a house, I don't want my credit to look black." What it means: Kanye unloaded this gem in a 2008 story in SPIN, and even Humpty Dumpty couldn't thread the pieces of this stream of consciousness rant back together. In later years, quotes like this will be used to reverse diagnose whatever psychological issue the press cites him for. Today, we'll just take it to mean he's comfortable appearing crazy and a little racist in order to prove he's an enigma. Note to Kanye: We didn't need proof.