Humdrum Hits The Road, Blows A Tire In Brooklyn And Comes Back With Tour Advice 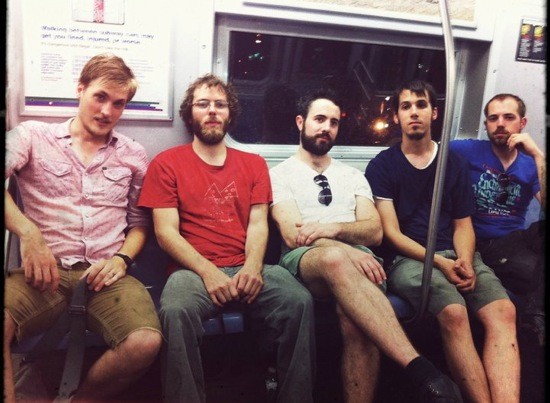 Humdrum recently returned from its second tour, and first to hit the coast. Among the band's standout stops were Cincinnati, Ohio; Ithaca, New York; and Washington, D.C. And, as with most tours, a few things did not go according to plan. For instance: Late at night in Brooklyn, driving back to a venue for a left-behind credit card, the band's Yaris blew a tire. The ensuing pandemonium of missed phone calls, missing jacks and helpful/opportunistic locals set the band back a few dollars and hours of sleep, but you have to take the long view with these things. "In hindsight, it's fine. You might pay to have a safari," says front man Paul Maguire. "We paid to have a Brooklyn adventure."

They weren't even playing a show in New York that night -- it was a day off after a show in New Brunswick, New Jersey at Rutgers. Humdrum returned to NYC to see fellow St. Louisan Sleepy Kitty, which was playing the Rock Shop. Humdrum played in New York City as well, at the Cake Shop, but drummer Mic Boshans says it was their worst show of the tour. "We were feeling a lot of pressure that night because it was NYC and the band before us really killed it," he says. "Turns out most of the crowd was there to see them so after their set the crowd pretty much dispersed. We were rushed setting up so we and the sound guy, had some technical difficulties. We pulled it together at the end, but it was kind of a bummer overall."

They weren't all like that. "Delilah's in Ithaca was a really good show for us," says Boshans. "We got a write up in the Ithaca Times which helped a bunch. People were actually there to see us which is pretty ideal considering it was our first time in Ithaca. The space was really neat and packed with enthusiastic show-goers. We fed off the energy in the room and played our best set of the tour. We even made a decent chunk of change for gas."

One of the benefits of touring, of course, is establishing relationships with bands from out of town. A band called Blow! helped get Humdrum the shows in New York, and there were a few more standouts on various bills. In particular: The Sleeping Sea in Cincinnati, Grandkids in Indianapolis, and Noon:30 in DC. About the latter, Boshans says, "They had a Sleater Kinney meets the Slits if they were doing post-rock, sort of thing going on."

Over the course of our conversation, we went over some things Humdrum recommends to anyone embarking on a similar tour. The highlights, some much more specific than others, are below.

A few pieces of touring advice from Humdrum 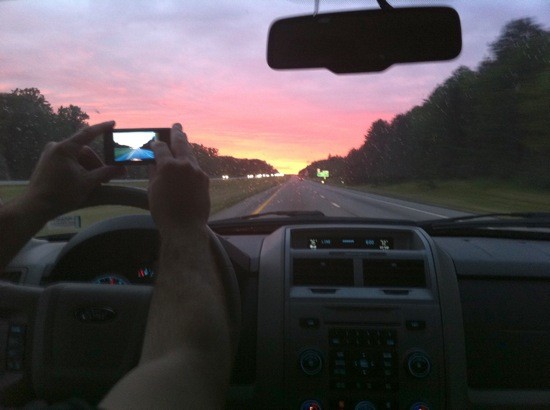