Angels In America And Mark Lord At Apop Records, 8/2/11 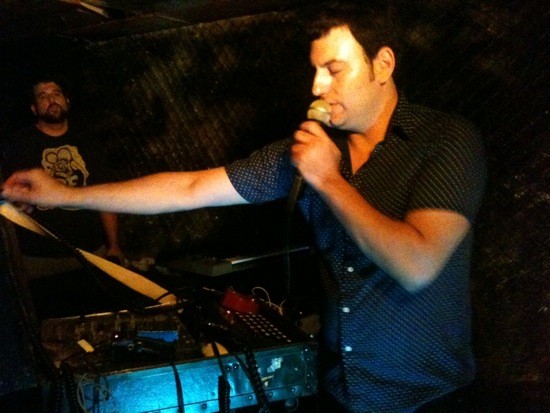 Half Gay kicked off the evening with its feverish brand of futuristic analog techno. This was the most stripped down I've seen the duo. Shedding their accompanying dancers/costumes, processing via AbletonLive, and drummer Mike Staszny's electronic kit, Half Gay was left with the bare bones, allowing its music to stand on its own. Brandishing a traditional kit, Stasny's drumming seemed to lack its usual electric bravado, leaving synth master Kevin Harris to open up the gates with powerful sweeps of his Roland Jupiter 4. Used to playing in open venues, it appeared that Half Gay's usual prowess was inhibited by the dark, enclosed basement.

Almost immediately after Half Gay ended, Ghost Ice (Jeremy Kannapell) launched into his set. Known for his incorporation of stereo-panning, analog synthesis, and signal processing, Ghost Ice began with a rhythmic beat laced with seething undulation. Quickly bringing in his trademark vocal cut-ups, Kannapell built a rising pulsation into a universal throbbing of sonic catharsis. Tone manipulation coupled with delay created an almost melodic arrangement warping into an unrelenting galactic bounce. Clocking in around ten minutes, Kannapell's set was brief, yet powerful - one of the best I've seen in months. This was truly power music. 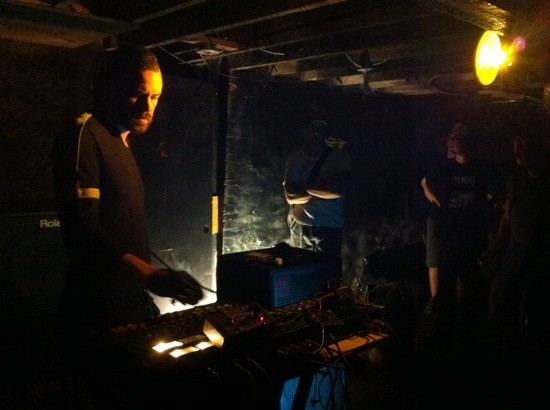 Providence, Rhode Island's Mark Lord (a.k.a. Chris Forgues) is no stranger to the international experimental community. Formerly known as Kites, Forgues has contributed with a diverse array of projects (including Daily Life), counting Rene Hell, Russian Tsarlag, and Lazy Magnet as contemporaries. Like any good artist, Forgues' style has evolved organically from oddball crooning pop to drum machine programming. Forgues' set combined an organic blend of rhythmic pulses and sprawling electronics. Unfolding out of a delayed percussive realm and leading into a heavy sub rumble, elements of the Mark Lord were reminiscent of early '90s Miami Bass. High in quality and fierce in execution, it served as much needed inspiration. 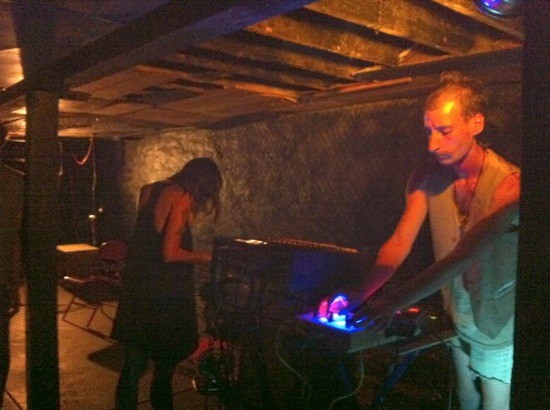 Having played the Schlafly Tap Room just shy of three weeks ago, Angels In America returned to the Mound City for another truly weird set. The duo of Esra Padgett and Mark Losifescu create the soundtrack to purgatory, conjuring the brooding electronics of "Dread" era Wolf Eyes and the unsettling poetry of Lydia Lunch. Carrying on with the rhythmic theme of the evening, AIA began with a lethargic beat carried on the sounds of pure electricity smoldering from Losifescu's synthesizer module. Full of hypnotic contortions and pauses, Padgett's stage presence is mystical, to say the least. Wavers of deadly synth notes plunged into the background as Padgett's vocal leanings rose and fell from death howl to apathetic drawl. Minimal in design, the band's sound relies upon the volley of vile electronics and purging incantations. The band's set erupted into a rising tide as Padgett's screaming recalled a witch's last stand, dying on stage at the open of a Hellmouth.

Ending at midnight on the dot, this was a prime example of the way a show should be.