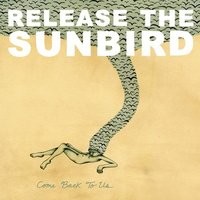 Release the Sunbird Rogue Wave frontman Zach Rogue releases his first solo project album, Come Back to Us. Receiving a 7.4 from Paste, Rogue's first solo effort, according to the publication, "is, thank God, a songwriter's album, emphasizing everything Rogue does well--and still arriving at destinations no one would have expected."

Single "Always Like the Son" is built simply on vocals and acoustic guitar -- spare piano gives it all the oomph it needs.

Joss Stone Soul singer Joss Stone, who broke through in the United States in 2003 with her rendition of "Fell in Love With a Boy," resurfaces with her fifth studio album, LP1. The album holds a heavier, more rock-centered sound than previous efforts, which is not completely surprising, as Stone is a member of Rolling Stones' Mick Jagger's new supergroup, Super Heavy.

Little Dragon Swedish electros Little Dragon's album, Ritual Union, is only the third studio release in the band's 15-year history--but that just makes it all the more well-versed.

Everything is well-balanced in the title track, but the polished sounds and "overly simplistic rhythms, melodies, and undertones are the downfall of this album," according to Consequence of Sound, who further notes that Ritual Union moves the band two steps forward and one step back. Nonetheless, tracks like "Ritual Union" and "When I Go Out" are worth a listen.