Have you seen the guitar pictured to the right? Glenn Burleigh, who plays these days with Union Electric, had his home broken into earlier this week, and among the things stolen was his guitar: A 50th anniversary Fender Telecaster with Japanese custom shop "foto flame" finish and a rosewood fretboard. He's made peace with getting screwed out of some of his other possessions, like his TV, but the guitar is different. "It was the guitar that I really learned to play on. I have three other guitars, including more expensive ones, but that Tele was my favorite, by far," says Burleigh. "It is an uncommon model, so if someone sees something that looks like it, there's a really good chance that's it."

He's had the guitar since he was sixteen. "I got it from a store called Jacksonville Guitars, which is just north of Little Rock. It would normally have been way out of my price range, but it was on clearance, to make way for the new model year, and I got it for half price," he says. "The guitar went with me to boarding school in northern Arkansas, and then here, to St. Louis."

If anyone's seen the Telecaster being sold anywhere or has any leads, email burleigh AT hotmail DOT com. The Union Electric's excellent seven-inch, "Tunnels"/"An Irish Orphan", comes out July 30th. Here's hoping Glenn's guitar turns up before then. Again, if you need a closer look: 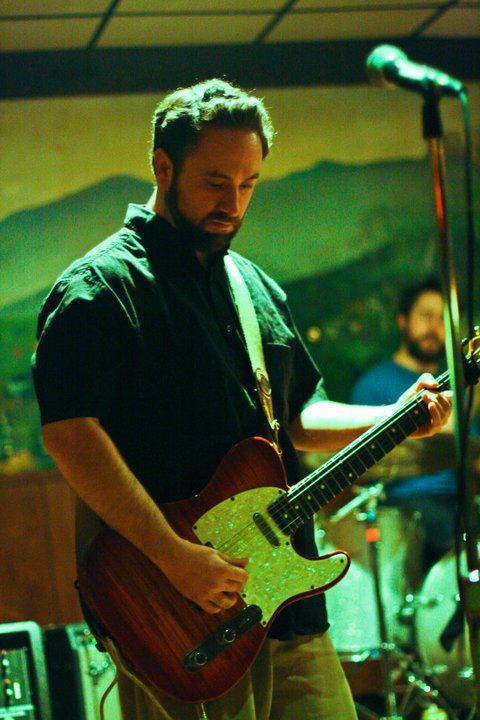