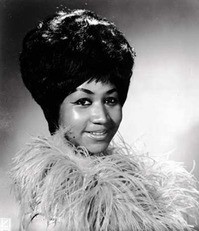 Yowza! Aretha Franklin is re-opening the Peabody Opera House with a little known feller named Jay Leno on October 1. The living legend and infamous chin are headlining a night called "An Encore 77 Years in the Making," once the $78.7 million dollar restoration of the historic opera house is complete. DJ Questlove (!) of The Roots makes a stop at The Gramophone on August 27, and Dead Prez (!!!) hits the Firebird on August 15.