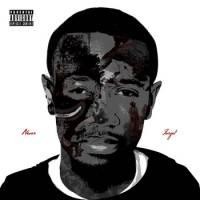 In January 2008, Frankie Flowers could either put the little money he had toward rent or studio time. He had moved down to Los Angeles from his hometown Milwaukee a few months before to pursue his hip-hop career. He lived with his uncle, who worked at Universal Records and was pushing to get Flowers a record deal. But Flowers thought that his uncle didn't have his best interests at heart -- the deal he was offered would have given all his rights over to the uncle. So he turned down the contract and his uncle kicked him out. He had a job as a caregiver for mentally disabled and physically impaired people. The money wasn't much, but it was enough for either rent or studio time.

For the next seven months he spent his days working and writing verses and recording songs and hawking his CDs on street corners. He spent his nights sleeping on park benches or bus stops or empty curbs or a 5x5 storage unit he rented out for a while. This is a man who pays dues.

Flowers, whose real name is Maurkes Swarn, is 25 years old and trying make it big. He's established himself on the underground Midwest hip-hop circuit with a smooth demeanor, socially conscious rhymes, and pure grit. His hustle mirrors that of an underdog candidate on the campaign trail. Flowers hops in his green-blue sedan and bounces around the Midwest, hitting music festivals and talent shows in Chicago, Indianapolis, St. Louis. He was at S.L.U.M. Fest last month, roaming around Atomic Cafe with a backpack full of CDs and an iPod for free samples, networking with artists and hustling his album.

"Like the old school cats selling it out of the trunk of their cars," he says, "except I'm doing it out of my backpack."

He's still an unknown name to most hip-hop heads and that's why he makes the road trips. He has a story to tell and he's wants you to hear it, even if he has to drive 400 miles and hand it to you himself.

The story, for the most part, begins in 2005, when Flowers was a 19-year-old business major at Texas Southern University. One day he got a phone call from home: his mother, who had been suffering from lupus, fell gravely ill. And his older brother wasn't able to take care of her. Flowers packed his things, dropped out of school and returned to Milwaukee to take care of her. He worked various jobs here and there to pay the bills and hung out with his old friends, many of whom had stayed in town since high school. After a few months, he found himself in a rut, living life on a treadmill, moving forward each day but not going anywhere.

Then in May 2006, one of his friends told him he should try rapping. He wasn't really interested. He had tried it before, in sixth grade after he first heard Keith Murray's Enigma album, but he quit after 45 minutes because he didn't think he could ever match Murray's wit and complex rhyme scheme.

"What would it take to get you in the studio?" asked the friend.

"If you could get me an instrumental of Jay-Z's Dear Summer," replied Flowers, half-joking. He had been trying to find that instrumental for months and was convinced that it could never be done (this was clearly in the era just before YouTube became a household name). Six months later, his friend found the beat and Flowers wrote his first song. He's released three albums since then: The Story Teller, New Beginnings, and Never Forget. His style has evolved over the years, as he learns then sharpens then tries to master the craft. His rhyme schemes grow more complex, his lyrics tighten, his narratives deepen.

Accordingly, Flowers focuses much of his creative energy on storytelling, often highlighted by intelligent and political insights.

"What'chu fighting for?/ Chains and whips, rims and kicks, something that you can't afford?/Now what you fighting for?/ Statistically, black life ain't worth shit, why we fight their wars?/ Why you think they gave us guns and drugs?/ Nah for real, think about it while we're drunk in the club," he raps in "Think Brotha Think."

He often pares his bars into shorts bursts, book-ended by tasteful pauses for a beat or two. Flowers is at his best, though, when he changes the pace of his flow within the same verse, bounding between sawed-off couplets and staccato lines that bleed together aurally similar syllables and blur the walls separating bars a la Talib Kweli. At times, his lyrics can feel a bit too literal or oversimplified and his flows can occasionally get sloppy, but his flashes of technical brilliance, as well as his dedication to the narrative show that he still has much head room as a rapper

One of Flowers' greatest assets is his smooth voice -- one of those unteachable gifts a rapper either has or doesn't -- which, tonally, sounds a bit like Lupe Fiasco, in the same way Asher Roth's voice sometimes sounds like Eminem. And he makes the most of his sound by pairing his flows with funky and soulful beats that's he's accumulated from producers all around the country -- L.A., Minneapolis, Chicago, Milwaukee.

Flowers made the move to L.A. in September 2007, once his mother had recovered. After those months of sleeping in bus stops, Flowers made enough connections to couch surf his way into 2009. Then in February, his mom called him to tell him that his brother had tried to commit suicide. He needed to be there for his brother. So Flowers packed his things and returned home. Once he was able to reflect upon his experience in L.A.- the empty curbs, the park benches, the couch surfing- he poured it all onto the page and that became his third album.

"I was still experiencing the stuff mentally," he says. "So I would translate it into words. It was just healing for me."

He's been in Milwaukee since. He worked as a bus driver then enrolled at a local community college to study film and television production. He begins classes in August. He spends most nights writing, often into dawn. He's polishing up his fourth album, Phase II: The Journey, which he expects to be ready by the end of the year. In the meantime, he pounds the pavement Tuesday to Saturday, morning to night, with a backpack full of CDs and an iPod for free samples.