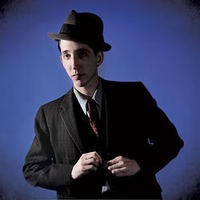 In case this was still unclear: The world, and NPR in particular, has officially embraced Pokey LaFarge. Just a couple months after posting a Tiny Desk Concert featuring LaFarge & the South City Three, everyone's favorite dulcet-toned public news outlet has posted the band's upcoming album, The Middle Of Everywhere for streaming through its First Listen feature.

The album is officially out on July 19th, and you can also stream it on the Pokey LaFarge web site.

The band will return to St. Louis for a show on August 3rd at the Botanical Gardens as part of the Whitaker Music Festival series.

Bill Streeter, of Lo-Fi St. Louis, directed the video for Middle Of Everywhere's lead track, "So Long Honeybee, Goodbye." Watch below. Streeter's new documentary, Brick By Chance and Fortune: A St. Louis Story will be screening at the Tivoli Theatre at 4:30 p.m. on Sunday, August 14th.