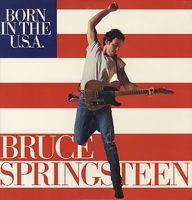 It's Fourth of July weekend, and in the haze of the heat, barbecue, domestic beer, and red-white-and-blue buntings, it's easy to get caught up in ranting-chanting, "USA! USA! USA!"

The founding fathers and a lot of musicians might not agree with that. Even Thomas Jefferson was a fan of government protest to keep society fresh and clean: "The spirit of resistance to government is so valuable on certain occasions, that I wish it to be always kept alive. It will often be exercised when wrong, but better so than not to be exercised at all. I like a little rebellion now and then."

These artists not only agree, but have made rebellion and protest a part of their musical careers.

10. Rage Against the Machine, "Sleep Now the Fire" Face it, everything Rage Against the Machine has ever done has been about rebellion and protest. Pick a song out of a hat -- let's go with that time they prevented the New York Stock Exchange from opening while they took over the entrance to make a video -- and a point -- with "Sleep Now in the Fire," directed by Michael Moore.

9. Dixie Chicks, "Not Ready to Make Nice" Boy, those girls sure pissed off a lot of people when lead singer Natalie Maines told a London audience she was ashamed to be from the same state as then-president George W. Bush on the eve of the 2003 invasion of Iraq. Apparently, some Americans think that dissent is worthy of album-burnings and death threats. The band remained unapologetic and struck back with their next album in 2006.

Well, no. Anyone who's listened to the lyrics knows that's a song about America treating its war veterans like shit. Not that people can be faulted for this; even Ronald Regan misinterpreted the song's message when he tried to co-opt it during his 1984 presidential campaign -- until Springsteen told him to quit it.

There's no misinterpreting this song Springsteen and the E. Street Band debuted on July 4, 2000, in Atlanta, followed by a show in New York City where the Patrolmen's Benevolent Association called for a boycott of the show. The song depicts the 1999 killing of Amadou Diallo by NYC cops. The unarmed Guinean immigrant was shot 41 times by four NYC plainclothes police who ordered him to stop because they mistook him for a serial rapist. The shooting occurred when Diallo reached for his wallet.

7. Public Enemy, "Fight the Power" Released in 1989 when racial tensions were exploding, spurred by violence against blacks in Brooklyn's Bensonhurst neighborhood. Public Enemy called for people to stand up to abuses of power and made digs at sacred icons of white culture.

6. Johnny Cash, "The Man in Black" Who's more American than Johnny Cash? Make no mistake -- Cash was pissed off about the treatment of fellow Americans beaten by the system: the poor, prisoners, the elderly, addicted and soliders in Vietnam. He wore black as a reminder of injustice. 5. Crosby, Stills, Nash and Young, "Ohio" Some radio stations banned the song because it dared to implicate President Richard Nixon in the National Guard killings of four students at Kent State University during an antiwar protest on the campus. The song was released on May 21, 1970 -- seventeen days after the incident. 4. System of a Down, "Boom!" Originally released on the band's 2002 album Steal This Album!, the song protested the disparity in funds spent on war when so little went to poverty relief. A few months later, it fit the antiwar sentiments that many felt weren't being broadcast in the lead-up to the Iraq War. The video was directed by Michael Moore at worldwide protests on February 15, 2003. The group released the video on March 19 -- the day American forces invaded Iraq.

3. Woody Guthrie, "This Land is Your Land" Remember that sweet folk tune you sang in elementary school music class about this land being made for your and me? Guthrie wrote it because, in 1940, he was sick of hearing "God Bless America," which he felt was unrealistic after the suffering of the Great Depression. The original included two verses that your elementary music teacher probably didn't teach you, because they endorsed trespassing and the Commie idea of not letting a few people own everything.

2. Bob Dylan, "The Lonesome Death of Hattie Carroll" The most noted writer of American protest songs, Dylan didn't set out to protest through his music; he wrote about events and stories that touched him, which often coincided with issues like the civil-rights and antiwar movements. Case in point: "The Lonesome Death of Hattie Carroll," the true story of a black barmaid murdered buy a rich tobacco farmer who only served six months in county jail for the killing. Dylan shunned the system, not wanting to be associated with any political side or movement.

1. Nina Simone, "Mississippi Goddamn" Spurred by the murder of Medgar Evers and the bombing of a church in Alabama that killed four little girls, Simone penned her first protest song, railing on people who asked for patience in civil rights changes while others died. Not surprisingly, the song was banned in many of the states it was aimed at, ostensibly because of the word "goddamn." Riiiiight.

Before it was all said and done, Simone performed the song at Carnegie Hall in 1964 during a recording of a live album, and at the end of the Selma to Montgomery marches in 1965, where she crossed police lines along with James Baldwin, Sammy Davis Jr. and Harry Belafonte.