The Five Most Bizarre Genre Crossovers 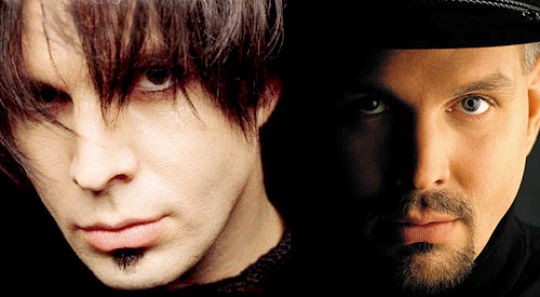 It happens to the best of us: You do the same thing over and over (and over), so you feel the need for change -- or at least a good drink. For Beyonce, that meant a new personality: Sasha Fierce. For Vanilla Ice, it meant launching a hard-rock career. For Fred Durst, that means directing movies. For some of us, an about-face could just mean paying attention to a Fred Durst movie, but musicians tend to do things bigger and occasionally stranger. The pages of music lore are full of inexplicable decisions, and while we can't document all of them, the list below marks some of the most mind-boggling side projects:

5. Barenaked Ladies pander to children On a trip to Quebec, I once purchased and read a French-language copy of a Barenaked Ladies biography. This is weird, I know. Even weirder is the fact that everyone's favorite Canadian '90s band took its R-rated name and its PG-13 lyrical sensibilities and created a G-rated album for children, the enthusiastically titled Snacktime!. The album's tracklisting includes such jams as "7 8 9," "Raisins" and "Pollywog in a Bog," and if you listen particularly closely to the snacks given shout-outs on the track "The Canadian Snacktime Trilogy: Snacktime," you will hear the voices of Geddy Lee, Sarah McLachlan and Lyle Lovett. As if you needed further proof of the strange awesomeness that is the Canadian music scene, Snacktime! made it to number ten on the Canadian charts and won a Juno award. Oh, Canada!

4. Billy Joel plays classical piano In what appears to be a bid to make it into college music theory textbooks, the Piano Man himself released a classical piano record of nothing but the ivories -- no long lists of items that didn't start the fire (it wasn't him) or even any singing. Released in 2001, Fantasies & Delusions shows off his tickling talents while simultaneously depriving us of all the joy that comes with Billy Joel at his cheesy, singing best. In the end, this album was mostly delusions.

3. Lil Wayne likes rock 'n' roll Weezy is somewhat of a musical mastermind, though his genius often comes out uncomfortably close to the crazy variety. Those of you who caught his 2009 interview with Katie Couric, in which the odd couple go bowling, don't need me to tell you that. Released in February 2010, Rebirth found Lil Wayne undercutting his hip-hop credit and overstepping his genre lines with the rock album's release. Rolling Stone vented its confusion by writing, "The problem is that Wayne has very questionable taste in rock... it sounds like he's been holing up with a bunch of Spymob and Incubus records." That is a problem. The album remains Weezy's least appreciated and likely most misunderstood work: Metacritic shows it at an aggregate score of 37. Out of 100.

2. Eddie Vedder plays a toy instrument If we're going for both accuracy and laughs here, we could say that even Vedder's questionable decisions leave him a "Better Man" than most. The recent release of Ukulele Songs finds him downsizing both his instrument and his sound with a compilation of new tracks and covers. The tiny instrument and that giant, guttural voice go surprisingly well together, and the album finds heartfelt footing even in its surprising intentions. Pearl Jam devotees will find the first track, a cover of the band's "Can't Keep," as interesting as it might be polarizing.

1. Garth Brooks goes emo While David Bowie had Ziggy Stardust, Garth Brooks had Chris Gaines. Why a country singer or anyone outside of Clark Kent and the two dudes in Insane Clown Posse would need an alter ego is beyond us, but the proof is in the alt-rock album, 1999's In the Life of Chris Gaines. From the looks of it, Gaines is a middle-aged goth man who spends the time not devoted to confusing CMT fans combing his sidebang and posting Craigslist missed connections. We don't understand him, and we're mildly terrified by him, but we're glad he once existed. Almost twelve years later, this list would be much less mind-blowing without him.