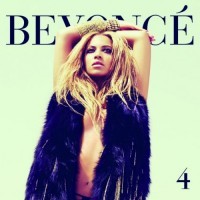 Handsome Furs Montreal's indie duo Handsome Furs drop its new album, Sound Kapital. Drawing inspiration from the industrial and electronic music sourced from 1980s Europe, Dan Boeckner and Alexei Perry continue to rely on almost clinical electronic precision. It remains to be seen if they can top "All We Want, Baby, Is Everything." Handsome Furs will be coming to St. Louis on August 24 at Off Broadway, and we can assure you that Boeckner and Perry are both incredible and adorable live.

Beyonce Beyonce is no stranger to success, and she's just released her fourth solo album, the simply monikered 4. Though fans won't find the familiar pop elements that made Beyonce's previous tracks "Single Ladies" and "Diva" hits, 4's track "Run the World (Girls)" has an almost signature theme of self-empowerment and a danceable beat, giving a shout out to the women "smart enough to make these millions/strong enough to bear the children/then get back to business." Hip-hop cool kids Kanye West and Andre 3000 leave their imprints on "Party," with West having co-written the track and Andre 3000 making a musical appearance.

Thievery Corporation Washington D.C.'s politically driven DJ twosome Thievery Corporation release its sixth studio effort, Culture of Fear today, which follows up 2008's Radio Retaliation. Culture of Fear features a slew of artists on tracks, including Lou Lou, Kota and Sleepy Wonder, for starters. The album's title track features Boston hip-hop artist Mr. Rif of the Perceptionists, beginning with a socio-political commentary about orange security alerts accompanied by the dictating bass line and horn accompaniment. Though they won't be making a stop in St. Louis this summer, Thievery Corporation will be in Chicago on September 4 at the Congress Theater.