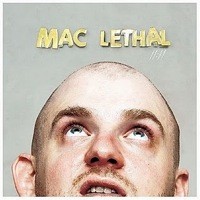 You made it through another week, and you should reward yourself with some live musical entertainment: Tonight it's the kings of Southern rock at the Family Arena, a strong local bill at Off Broadway and another Homegrown deal at the Pageant. STL Loud showcases an eclectic bill at the Firebird tomorrow night and rapper Mac Lethal will take the same stage on Sunday.

The Feed Off Broadway With the Incurables and Ocean Rivals 9 p.m. | $10

Swingin' Utters Firebird With Continental, Eric Moeller and the Strummaglongs and Scene of Irony 8 p.m. | $12

Homegrown Showcase The Pageant With the Neverhawks, We Are Warm, Fer De Lance, Junior Smalls and the Criminals 8 p.m. | Free with printed ticket

Adaje and For Want Of Cranky Yellow With Sine Nomine, Orion Pax and Iron Hills 8 p.m. | $5