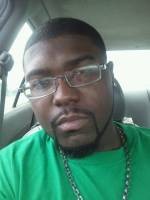 James Bishop has had his Dell Latitude laptop since September 2005. And it's worked hard for him. The world knows Bishop as JBJR, the up and coming St. Louis producer, and he's pumped out hundreds of beats on that computer. It has taken its toll. The computer's been pushed so far that its sound system is messed up. It's deaf in one ear. Bishop can only hear one channel, which is like listening to an iPod with one earbud -- a minor inconvenience for the casual listener but a critical flaw for a man who needs to hear every angle of a track. So when he makes his music, he has to improvise a bit.

Once the beat is near completion, he burns it onto a CD, then hustles down a flight of stairs and into his 2001 S40 Volvo parked in front of his Maryland Heights apartment complex. He pops in the CD, listens carefully for any imperfections, then hustles back up to his room and tinkers with the beat some more. Then he burns the new draft onto a CD and hustles back down to his car and so on and so on, up and down the stairs until every sound is just where he wants it to be. Bishop burns through around 50 blank CD's a week. This man is on his grind.

"I found something I truly love and I'm good at," he says. "And I appreciate getting the chance to do it."

The hustle is paying off. JBJR beats are gaining the ears of some of the city's top rappers. KD The Assassin, Sadat X and HearzKra-Z have spit over his creations. And Indiana Rome and Prince Ea are on deck for some of his freshest stuff. Last weekend at S.L.U.M. Fest, Bishop took first place in the Beat Battle, out shining eleven other quality local producers and earning countless "oooh's" and "ohhhh's" from the packed crowd at Atomic Cafe. Like every other producer ever, he says he loves music. But he doesn't have to say it because it's amusingly obvious. On the stage during the S.L.U.M. Fest Beat Battle, he grooved to his beats, swaying his torso and chopping his arms to the rhythm of the sounds like an orchestra conductor, timing his most violent arms swings with the beat's most explosive drops. But he also danced to the beats of all his opponents, only slightly muting his movements.

His tracks have an east coast feel with southern percussion-- clamoring trebles on top of fast staccato bass-lines, ingenious samples with impeccably timed head snapping beat drops. He's 24 years old and at that point in his career where The Next Level is in sight, but still a break or two away. So he stays on his grind.

He decided to make music five and a half years ago, while sitting in Japanese class during his senior year at University City High School. For a class project, his friend made a Powerpoint presentation and stuck a sick beat in the background.

"Yo, where'd you get that song?" Bishop asked him.

"I made it," his friend replied.

A light switch turned on and Bishop has been churning out beats since. He learned a few tips from his more experienced buddies but essentially taught himself FL Studio, the beat making program. He sharpened his craft while studying computer drafting and design at ITT Tech. Then in 2009 he met Trifeckta and connected with a few other big names. He finished second in the Hip-Hoppers Holiday Beat Battle, then won it the next year. Soon his beats started seeping into the St. Louis hip-hop scene. And that's where he's at now. Still seeping. He works a nine-to-five at Wilson Manufacturing designing computer parts to pay the bills, working his way up the corporate food chain, then he goes home and creates. That's what draws him to producing-- turning a bunch of seemingly arbitrary sounds, turning nothing, into music. Turning sharp horns and synths into trunk rattling bangers. Turning classic R&B lines into dramatic prologues that build up the musical kinetic energy before his trademark beat drops. Turning "The Price is Right" theme song into a bass heavy track with mid-90's NYC flavor and some of the illest mid-melody beat drops imaginable.

"I love the pure creative freedom," he says. "The idea to just make what you want."

When Bishop sits down at his 2005 Dell Latitude at the end of a long day, he put his phone on silent, closes his internet windows, and zones in. Just him and the music, isolated from the outside world. Until, of course, he has to hustle back down the stairs and listen for imperfections in his car.