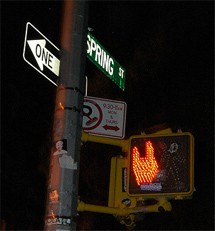 The stop sign: One of the most iconic symbols in America. One of only a couple ways to fail your driver's test outright (red lights and also manslaughter are others). "Stop," as it turns out, also appears in plenty of iconic pop songs. Some enterprising felons have taken it upon themselves to improve a few with a little lyrical contextualization. Below are a couple of the best musically graffitied stop signs. And yes -- Vanilla Ice makes an appearance.

We're not sure if this was created by a Journey super fan or by someone trying to make a wry comment about the end of the Sopranos. 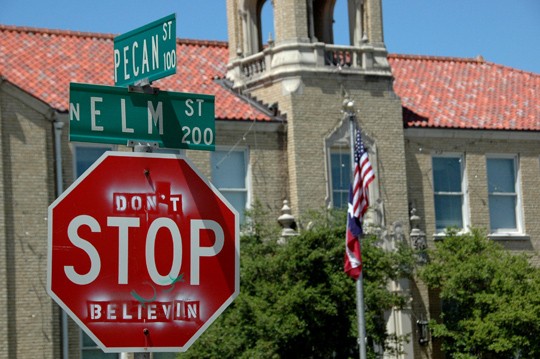 MC Hammer: U Can't Touch This 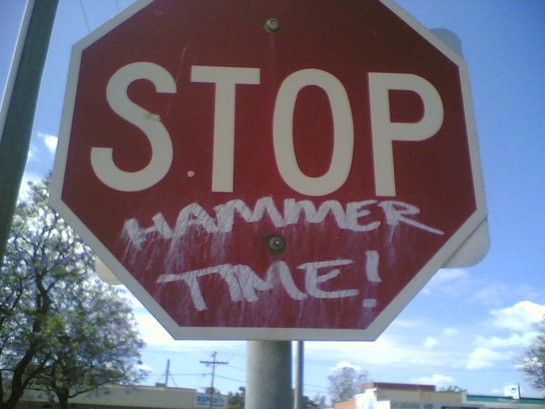 The Supremes: Stop! In the Name of Love

Obviously this one isn't a stop sign, however we would love to live in a world in which we can believe this to be true.