Spotify's US Launch Approaches; Which Music Service Are You? 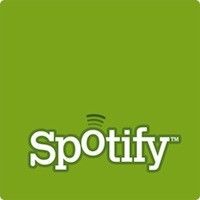 Music fans in the United States don't have a lot to envy of their European brothers and sisters, at least unless they're big fans of Abba or the kind of sticky, glitter-covered dance-pop that usually just makes me really want to leave the youth hostel and brush my teeth. One exception: Spotify, a music service that allows users to stream music for free, supported by radio-like advertising. The service's long-delayed US launch has been delayed by fights with labels, but the Wall Street Journal reports some recent successes ahead of a rumored July launch in America.

This is just in time for Spotify to stop being interesting, now that they've begun drastically limiting the amount of free, advertising-supported music (NOTE: this is their business model) their users can listen to.

So the good news is that we'll have Spotify after all, and you can tell your penpal to shove it. The bad news is that it's basically going to be Napster. It joins a million other ways of finding and consuming music in the United States, including:

iTunes. Congratulations: You are impossible to get a handle on from your music consumption patterns. You might be an Apple fan who's used iTunes since it was called SoundJam and once bought a CD burner for $600; you might have bought your first computer yesterday.

Only one thing is clear: If you don't properly tag your library, I can't be friends with you. Not won't, can't. I'm sorry.

Rhapsody. You once bought a CD burner for $600 and then installed it. When the iPhone came out, you thought, "I can't wait until the open-source equivalent comes out and I can do some real work with one," and then you left a comment to that effect on Slashdot, which was modded up to +5 insightful.

People who use Rhapsody are a lot like Apple fans who once used SoundJam, in that they're likely to tell you, whether you want to know or not, exactly why you should be using Rhapsody instead of what you're using now.

Amazon MP3. Someone has tipped you off to the fact that Amazon is pricing their new albums seemingly at random. You bought My Beautiful Dark Twisted Fantasy for $2.99, your Codes and Keys receipt had "Don't worry, we'll catch you later" scribbled across the bottom, and the last Strokes album arrived with a Three Wolf Moon shirt wrapped around it. But I have it from a reliable source that the last guy who bought Smashmouth's Astrolounge had to remortgage his house.

Napster. You work for Best Buy.

Pandora. You work at a desk (but not at Best Buy.)

Zune Marketplace. Somebody bought you a Zune? Maybe at Best Buy?

KaZaA. You have a bunch of vaguely racist novelty songs on your computer, all of them mistagged as Weird Al; your copy of "Teenage Dirtbag" is apparently performed by Weezer. Your malware has become sentient.

You don't know how to spell KaZaA.