The Best Beards of Twangfest

Twangfest Fifteen is well underway, with two nights of acoustic guitars and story-singin' down and two to go. The crowds have been, as advertised, great: mostly attentive, enthusiastic and both rooms have been comfortably full. As might be expected with something called Twangfest, there have also been some seriously robust beards: We bring you a half-dozen or so of our favorites.

In honor of the Baseball project closing out the Fest on Saturday, we would like to suggest that on a scale of one to five Brian Wilsons, these fine gentlemen get top marks. Some for size, some for lusciousness, some for density and all for being good sports. 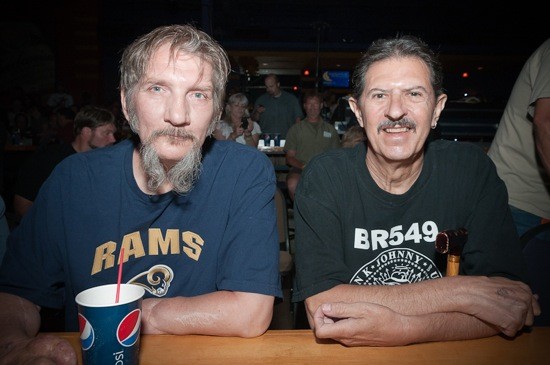