Even in today's age where shows are announced via social media and the internet at a nearly instantaneous speed, the art of show flyers thrives. Wandering along Cherokee Street and Delmar Boulevard, we found some of the shows you could catch in the next week hanging on the windows, walls and counters of Apop Records, Cranky Yellow, Black Bear Bakery, Vintage Vinyl, Sunshine Daydream, Blueberry Hill's Duck Room, Snarf's, Iron Age Studios, The Pageant and a street post or two.

The Blind Eyes is slated to play at Off Broadway on June 11, and Pops brings Thursday to St. Louis on June 12. Lemmon's is hosting a benefit show for Joplin tornado victims on June 12 as well. That's just the beginning: This week's crop boasts everything from Ramones tribute rockers We're a Happy Family to Texas' Black Joe Lewis and the Honeybears. 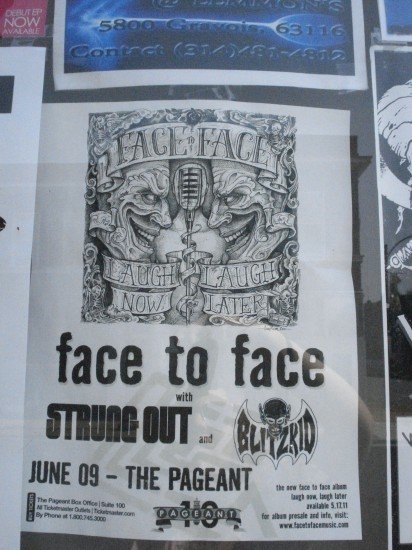 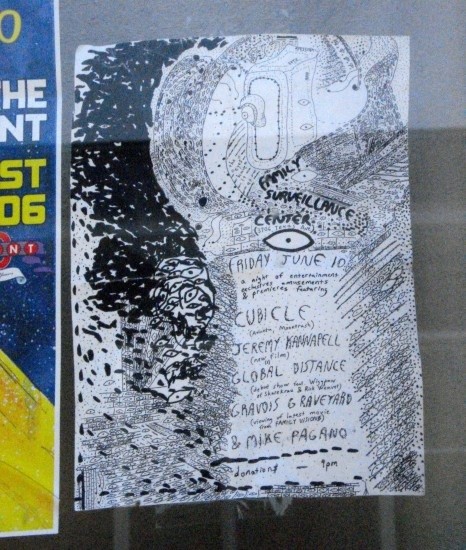 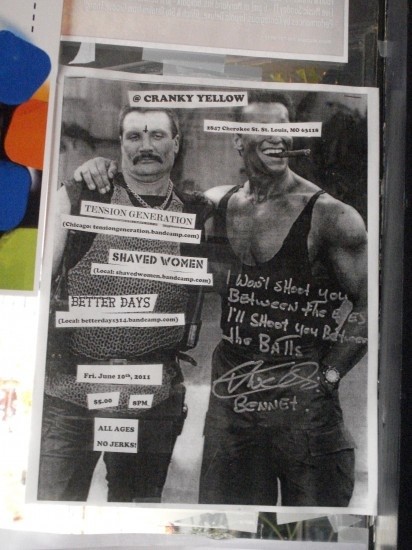 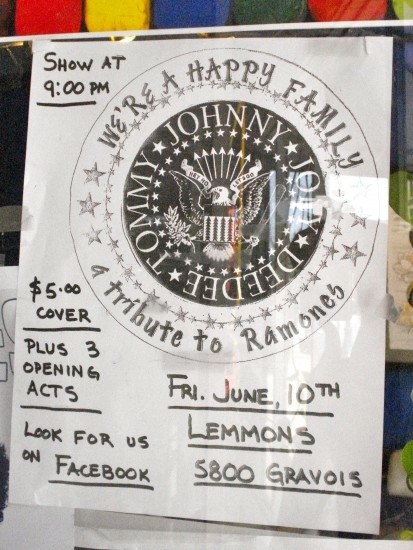