Andre 3000 Beams Down to Join Beyonce and Kanye West on "Party": Put Some Swagu On It 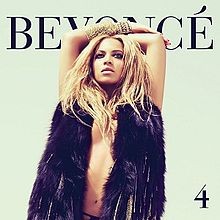 Summer jam alert: Beyonce's 4 is almost here. It doesn't come out for another couple weeks (June 24th, to be exact), but we like what we've heard so far and nothing more than the Kanye West and Consequence-produced "Party," which "leaked" today. In the first few seconds of the track (listen below), Kanye jumps on the swag-wagon after noticing that it rhymes with a popular spaghetti sauce brand. Beyonce quickly dispels any speculation about what it would actually look like to be dripping with Swagu, and just after the two minute mark Andre wanders in for one of the scene-stealing guest roles he's been confined to for the past few years.

We'd have to check, but we may have sunburned our ears listening to this all day.

No word on that Andre solo album (or the subsequent OutKast one), but some is better than none, and at the rate he's going we'd almost prefer the guest spots. In a few cases, it's almost like he's intentionally taking on bad fits just to prove he can do it (see: "Sleazy"). Not here, though. This is the kind of spacious production that brings the most creative verses out of Andre, and while we hate to invite the comparison, we're reminded a little bit of his work on this beauty: