The 2011 RFT Music Showcase is practically here: This Saturday from 2 p.m. to 2 a.m. on Washington Avenue. In our continued attempt to prepare you for the madness of 78 music acts in one day, we will be compiling preview tracks from artists playing the showcase; you can listen below. This will be continually updated with more previews and streaming music as we get closer to the Showcase.

All the tracks on this page appear courtesy of the artist and are meant for sampling purposes only. Please support these bands by going to their shows and buying their albums.

Listen to Part II of the RFT Showcase Sampler here

Plays Experimental Country with a banjo and electronics.

Our new album, Let's Make It Right, will be out on Euclid Records early August. In fact, our album release party shall take place on Saturday, August 6th at Off Broadway, special guests to be announced!

"In 2010, Troubadour Dali released their long-gestating debut album on Euclid Records, the namesake record label of the St. Louis record store. The self-titled release featured strong, focused songwriting, and was a solid snapshot of the band's history to-date. Thankfully, Troubadour Dali's sophomore effort is coming along a bit faster: The band's been hard at work for months now recording a new album with Jason McEntire at his Sawhorse Studios. According to Euclid Records' Joe Schwab, these new songs are 'pretty poppy, with a good amount of the dreamy buzz that's been their signature sound.'" -- Annie Zaleski

Sound Bites: "Ducks In A Row" by Troubadour Dali

Just based on the crowd reaction at the last two editions of the KDHX-sponsored Midwest Mayhem, the Funky Butt Brass Band may produce the most infectious music of any band in St. Louis. Both years, Funky Butt closed the showcase with performances that began upstairs in the City Museum and then migrated outside, with the audience in tow, to conclude the set in the parking lot. This should prove once and for all that New Orleans-style brass isn't just for Mardi Gras. The group's most recent release is last December's Holiday Brasstravaganza, recorded live during a show at Off Broadway, but the band is currently back in the studio, and we may see an LP later this year. --RFT Staff

The Missouri trio of Jae Ci, Santana and Angelo came together in 1999 to form the kind of R&B group with street sensibilities that may have been common more than a decade ago but is much harder to come by in today's music industry. MoTre was named local R&B artists of the year in this paper's 2008 Best of St. Louis issue, and the release of Imperfect Gentlemen is imminent. Its smooth harmonies and rap-ready melodies recall an earlier time, when groups like Jodeci and Blackstreet dominated the airwaves. MoTre is currently appearing at clubs such as the Gramophone to promote the single "Crush," which features former Capitol Records recording artist Ebony Eyez. -- Calvin Cox

Formerly of St. Louis' own twee-poppers the 75s, bassist Morgan Nusbaum has struck out on her own in the wake of that band's unfortunately premature demise. As the lead singer of taut trio Bruiser Queen, she gets an opportunity to showcase her full-throated yell, which is reminiscent of both Corin Tucker and Kristin Hersh at their most agitated. As a solo artist, her songs are quieter and more hushed but no less intense. In "Let It In" and "19," you can almost hear the emotions rush up from behind. Currently Nusbaum is hard at work completing her first solo album; this is an excellent opportunity to hear her continuously budding work. --Mike Appelstein

Sound Bites: "Nothing At All" by Morgan Nusbaum, from her upcoming album, Let It In.

Three important things you need to know about Sleepy Kitty, as said by drummer Evan Sult.

That was fast: Just two years after picking up a guitar for the first time, Langen Neubacher has already established herself as one of the strongest songwriters on the scene. She brings a frenetic devotion to whatever she's doing, whether it's music or her grass-roots organization, Self-Sufficient St. Louis, through which she's building the Dave Hagerty Community Garden next to Off Broadway. An appearance on the STL Loud Volume 1 EP now sounds like a benchmark from several evolutionary phases ago -- and it came out in January. Look for Neubacher to release a recording of her own in the near future, featuring her fragile ode to the St. Louis community in "A St. Louis Love Song: What High School Did You Go To?" and more from her catalog of slaying open-mic confessions. --Kiernan Maletsky

The Conformists is here to confuse you. Having led the local avant-rock pack for over a decade, it remains St. Louis' favorite wolf in sheep's clothing. Holding vigil at the feet of Shellac and U.S. Maple, the band teeters on the edge of your mind with a calculated exercise in repetition and disjointed melody. The result is a kaleidoscopic mix of rigid bass and escalating tempos matched by the plangent tone of singer Mike Benker. Its most recent release, None Hundred, is the band's most realized material to date, exuding a confidence marked by powerful songwriting and masterful technical discipline. --Josh Levi

Sound Bites: "Jesus Was A Shitty Carpenter" by The Conformists, from None Hundred.

Three important things you need to know about Buz, as said by Jake Elking.

Jazz artists seem to understand what so few rock bands do -- that music is an open-source experience, and the more you can mix up the experience, the better it is for the musicians and the fans. Guitarist Teddy Presberg takes this methodology to heart on a weekly basis at his "Funky Wednesdays" sessions at Schlafly Bottleworks, where various jazz, funk and soul cats sit in and stir the pot. His own music as bandleader and arranger shows his fluency in all types of groove music: Meters-like funk workouts, silky jazz licks and lead-footed soul all get an airing. And given Presberg's revolving-door policy with other musicians, you simply never know what you're going to get at one of his shows. --Christian Schaeffer

Sound Bites: "Beyond Busted" by Teddy Presberg, from Outcries from a Sea of Red. 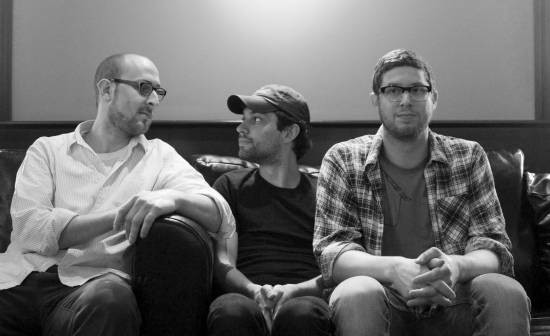 Three important things you need to know about Bo & The Locomotive, as said by Bo Jackson.

Sound Bites: "On My Way" by Bo & The Locomotive, from its upcoming album On My Way, due to be released this July.

Three important things you need to know about Prairie Rehab, as said by member Scott Swartz.

Bio (courtesy of Fresh Heir) "Rocking an uplifting mix of Pop, Soul, and Rock to packed audiences since 2007, Fresh Heir is a St. Louis based band that has been making unique waves since their start. Seamlessly mixing that classic Motown sound with modern influences like John Legend, Maroon 5, and Incubus into one unified sound, Fresh Heir keeps you dancing while delivering their positive lyrics in three part harmony over a high energy music bed."

Sound Bites: "Memory Lane" by Fresh Heir from The Sky's the Limit.

Three important things you need to know about Ra Cailum, as said by Anthony Engelhardt.

Sound Bites: "Change" by Ra Cailum from the Change EP.

Three important things you need to know about Dave Black

Sound Bites: "Change Will Come" by Dave Black, from Destinations.

Three important things you need to know about Ellen the Felon, as told by Matthew Reyland, a.k.a. the Mattranome.

Sound Bites: "Home is Where the Heart is" (Rough Mix) by Ellen the Felon, an unmixed, raw track from the upcoming album.

Bio (which the band also submitted for Warped Tour) Formed in 2008, Machree has always strived to combine innovation with accessibility. While many publications find it difficult to pigeon-hole the band into one particular genre, most designations fall somewhere between post-hardcore and progressive rock. Their clever, layered instrumental arrangements coupled with vocalist Patrick Baums strong tenor and narrative lyrics have garnered them plenty of praise from many national critics. Through constant touring and staying true to writing music based on feel and not gimmick, Machree has established a loyal fanbase around the Midwestern region. They hope to expand upon that base with their upcoming EP produced by Kris Crummett (Closure In Moscow, Fear Before, PMtoday), which will be available in July.

Sound Bites: "To The Van" by Machree, from the band's upcoming EP. Machree - "To The Van".

Important Note: If you are one of the bands/artists playing the showcase and would like to participate in this, please send an email containing: 1) An .mp3 file of a track you would like us to stream 2) A photo and 3) Three biographical detail to kiernan dot maletsky at riverfronttimes dot com or danielle dot kinnison at riverfronttimes dot come with "RFT PREVIEW TRACK" in the subject line.