David Cook Sings "Don't You Forget About Me," America Tries To Remember 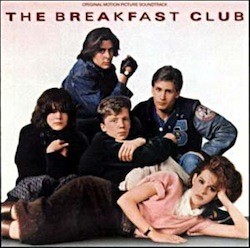 David Cook's decision to cover "Don't You Forget About Me," currently the official "send-off" song of season season of American Idol, was as an especially gutsy move for an alum of a show that has, for a decade now, created a legion of temporary stars who are eventually forgotten about.

Since his decision to cover it has caused me to (at least for the moment) remember him, David Cook should be commended for his decision to address the fundamental question of his career head on. (If Barack Obama had sung "Born in the USA" during his inaugural address that pernicious rumor about his having never been a marginalized Vietnam veteran would have fizzled out much earlier.)

What is it that makes these ready-made almost-stars so easy to not not-forget about? I've been on and off the Idol wagon too patchily to claim any expertise in the area, but it seems that in 2011 we simply know too plainly what an Idol winner does for the people who vie for it to do anything else.

Nobody who reaches the end of the Idol road is legitimately anything except an Idol figure. If he rocks, he's not a rock star so much as The Rocker; if she might go into country later she's a transplant, a crossover star who's not crossing over from anything in particular. The embarrassing poses teenagers shift between on their way to becoming fully fledged, "authentic" musical icons in their mid-twenties are on display from week to week. To bring it back to The Breakfast Club, Idol contestants don't just have to fit into neatly compartmentalized visions of themselves, they have to be, one after the other, a brain, an athlete, a basket case, a princess, and a criminal, and because of the flatly artificial way in which we're getting to know them they don't do a particularly good job at any one 80s-movie-archetype.

I don't know if I have it in me, as a graduate student in the humanities, to feel depressed about some other institution that's churning out an excess of starry-eyed youths who are fully qualified to compete in a market--for the milquetoast, not-quite-rock solo star who's more likely to use violins than autotune--that no longer really exists. But there's something strangely earnest and endearing about one of them asking us to remember him in his natural language, the high-gloss, PG-rated pop single that increasingly few people speak fluently.